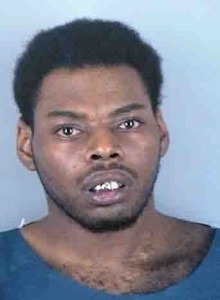 The War on Drugs continues to threaten all our security and the case of Dominik Walker should send chills down the spine of every United States citizen.

Walker possibly sold heroine to Marlene Rose who then died of an overdose. Many people will say good. He was selling an illegal product and deserves a prison sentence. I couldn’t disagree more. This is such an egregious overreach of law enforcement that it makes my stomach turn. The implications are so far-reaching it’s difficult to fathom the possible repercussions.

I’ll not tread lightly here. I’m a Libertarian who believes that the only drugs that are currently illegal are those the drug industry doesn’t control. Heroin is legal. Cocaine is legal. All types of drugs are legal but just in forms the pharmaceutical industry controls. Should a pharmacist be charged with murder when a patient overdoses on their pills? When the child of a patient overdoses because they took those pills?

The entire War on Drugs has caused nothing but misery and suffering for everyone. Drug users, drug dealers, law enforcement officers, innocents, and everyone else. We are all suffering and this apparently new legal precedent shocks me. Who can’t be charged when it becomes criminal to sell anything to anyone who goes on to commit a crime?

Someone who sells a stolen car should be charged with dealing in stolen property, not murdering the family the driver of the car hit in an accident. It’s madness. If someone dies from an herbal remedy manufacturer who engaged in false advertising should the retailer be held responsible for the death? I could go on forever. There is no end to the possible abuses.

I’m not one to bring race into every argument but the fact that Walker was black and Rose was white makes me question the entire prosecution. Do you think there would have been such a charge and sentence if Walker was a young white man from a good family and Rose a black woman from a poor neighborhood? I don’t.

End the War on Drugs. Manufacture, distribute, and sell. We are adults. If we make poor decisions we suffer the consequences. That’s the true price of freedom.