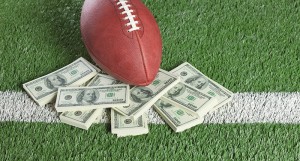 Daily Fantasy Sports is a quickly growing industry wherein people pick athletes in an attempt to win cash. They are an offshoot of Rotisserie or Fantasy Sports leagues which have been around for quite some time.

The New York attorney general has now said they are illegal within that state. Eric Schneiderman draws a distinction between more traditional Fantasy Sports leagues because, in his legal opinion, the daily games are ones of chance whereas the others are games of skill. There are any number of state regulations against games of chance.

What I want to talk about today is Schneiderman’s distinction between the two as a reason to make the law. I don’t want to discuss the fact that gambling remains illegal in many places in the country.

The reason Schneiderman believes the daily games are gambling is because the average player of such games is not aware of the scope of professional involvement. Advertisements promise riches but the reality is an elite group of professional gamblers, making up about 1% of all players, wins almost all of the money involved. They do this by submitting thousands of entries into the daily game basically covering a huge number of possibilities. This means the other 99% of players who submit one or two picks for each game have virtually no chance of winning unless they are extraordinarily lucky.

Should the 99% of players realize they have no chance to win they would stop playing thus reducing the profit of the 1% which would drive them from the game.

Meanwhile, traditional Fantasy Sports take place over the course of many months and are not nearly as profitable for professional gamblers who do not dominate them in the same fashion.

I largely agree with Schneiderman’s logic. The traditional fantasy games require less luck to win than the daily games. Professionals completely dominate the daily games and the average player has almost no chance of winning.

Yet I totally disagree with Schneiderman’s position. The information about the chances of winning in the daily games is readily available. Anyone who plays the daily game and claims ignorance as to their chances of recouping money is either lazy or stupid. It’s not the state of New York’s job to protect people from being lazy and/or stupid, much though they would like it to be.

This is a classic example of what Libertarians call the Nanny state.

The bottom line is that the more the state protects the lazy and stupid, the less freedom is available to the smart and hardworking.

Thus I am opposed.