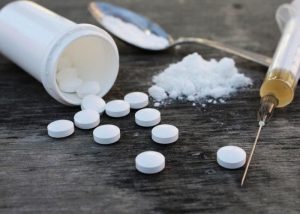 I just read another story about the so-called War on Drugs involving one of the largest pharmaceutical companies in the world, McKesson Corp. The company generated almost $200 billion in revenue in 2017 and recently agreed to pay a $150 million bribe, I mean fine, to the government for essentially selling enormous amounts of opioids to warehouses that were in turn supplying drug dealers, legal and illegal. McKesson paid this bribe rather than having executives go to prison and having distribution centers shut down.

I wonder what law enforcement officers think about this. They are on the front-line of the phony War on Drugs. They are risking their lives every day investigating, confronting, going under-cover, raiding, and arresting those they suspect of dealing drugs. They have largely destroyed their relationships with the communities they serve in the attempt to stop illegal drug use. Meanwhile the federal government, and many state and local entities, are filling their coffers with drug money obtained by providing people with opioids.

It seems fairly apparent to me that law enforcement officers are being used to suppress competition to the drug companies and provide revenue to local, state, and federal government agencies. They are being paid some small salary as a bribe to risk their lives in order to enrich a bunch of people sitting around counting money and laughing at them.

Drug companies like McKesson provide billions of illegal pills to the market because it generates huge revenue. I respect this part of the equation. As a Libertarian I think all drugs should be legal. McKesson should be perfectly free to market and sell their product to able-minded adults as much as they desire. However, at the same time, they are asking law-enforcement agents to sacrifice their well-being and even their lives and this does not meet with my approval.

As an example; McKesson was distributing upwards of 2,000 pills a day to a small town in Colorado with a population of 38,000 people. This was not an isolated incident. There is an enormous demand for opioids and this market generates huge amounts of money. The drug companies, doctors, pharmacists, and others see this and provide product. Meanwhile they are using law enforcement agents to crack down on other groups doing the exact same thing.

I wonder how long the people who are putting their lives on the line are going to put up with this contradiction? I’m certain many of them honestly believe they are doing something good in attempting to interdict the illegal drug trade, they do not realize there are being used as dupes in a much larger game and are making the situation much worse. That’s a shame.

We are not engaged in a War on Drugs. The government is happy to collect money from drug dealers, illegal and otherwise. Drug companies make billions but so do many ancillary organizations like the penal system. Law enforcement officers have a role in all of this. They are complicit in the tearing apart of communities, families, and people.

When will they say enough? That’s up to them.

One thought on “Why Are Law Enforcement Officers Risking Their Lives McKesson Makes Billions?”