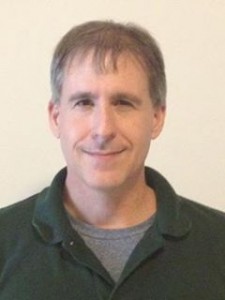 I was born a nice Jewish boy in St. Louis, Missouri on June 23, 1964 and my parents divorced shortly thereafter. No one has every explicitly told me that government agents forced the separation for fear of more like me being born but I have my suspicions.

My father immediately remarried and began to beget my half-sisters and half-brother. They all lived in St. Louis so we know each other pretty well. I also acquired a step-sister upon my father’s second marriage to go along with my older sister. I largely grew up with my mother and older sister in University City.

My mother was a big believer in reading books to us and as i grew older I started to read science fiction and fantasy novels almost exclusively. I loved the make-believe realms and only later learned to appreciate some of the philosophical advice of the authors.

Once I got to high school I started to play Dungeons and Dragons and when I wasn’t participating on the Soccer, Swimming, Tennis, and Water Polo teams I was playing at the table-top with my friends. These early games cemented my love of the fantasy world and it was at this time that I started to invent the world of Corland.

I went to college at the University of Idaho and continued to play role-playing games and also rugby at which I was not particularly good. My entire athletic career has largely been as a bench warmer but I gave it my all and I still love sports. If you don’t believe me, take a look at my blog.

After college I was pretty aimless. I didn’t know what I wanted to do or where I wanted to do it. I ended up first in the radio business and then working at a golf course in the back room scrubbing clubs for the members. I eventually moved inside the clubhouse and spent about ten years in the golf business. Eventually I grew bored with it and moved on to technical training for CompUSA.

During all this time I continued to play role-playing games and even managed to get a couple of short stories published in small magazines. I didn’t make any real attempt at writing novels until much later.

It was during the later part of this period of my life that I read the Fountainhead and in long philosophical discussions with a friend began to develop my own ideology on life.

As I hit fifty and beyond I began to examine what I had achieved in my life and found that it wasn’t a lot. My ideology had cemented around the idea of high-achievers leading a society but I’m just not a man of action. I’m not good with people and I prefer to spend time alone. A ha! Write a book. And so I did. I didn’t sell any copies so I thought I’d better write another one. That didn’t sell any copies either and I assumed the problem was not the quality of the writing but the fact that there weren’t enough books. So I wrote eight more!

I really enjoy writing and I think you will enjoy reading my work. I’m going to keep going as long as I can … no matter how many copies sell.

One thought on “Biography”