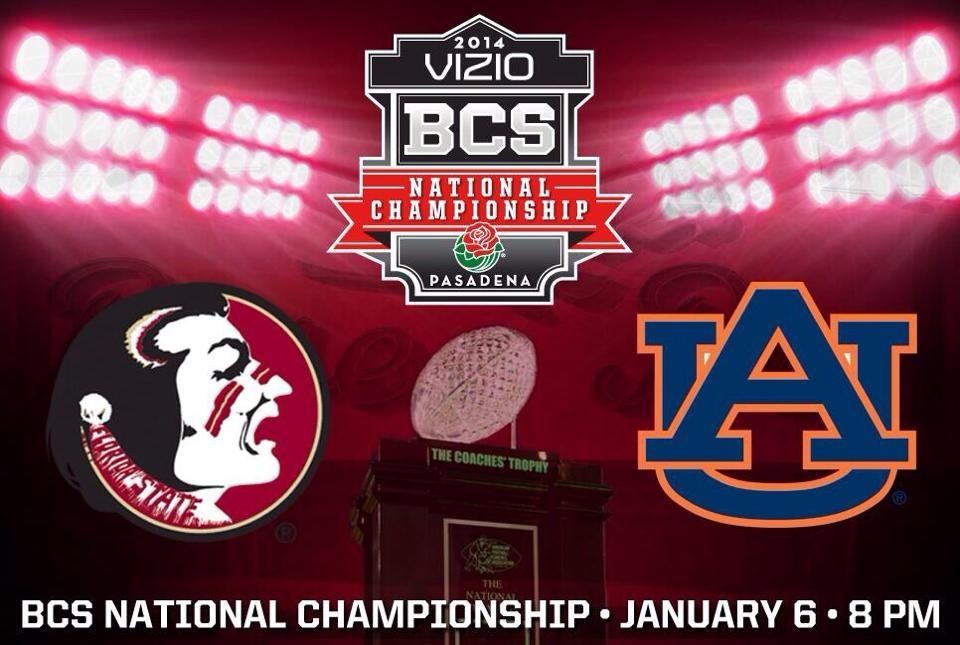 I saw an article this morning about how Aaron Rodgers, quarterback of the Green Bay Packers, didn’t like the Bowl Championship Series in college football and would prefer a sixteen team playoff. I think he is likely in the majority. Most people would prefer to see a playoff and we’re going to get one starting next year when the top four teams will playoff for the NCAA National Championship.

The arguments for a playoff center around the possibility that the eventual NCAA football champion generally has not proven itself to be the best team on the field. There are often multiple teams with equal records and the champion is picked through a series of formulas and human driven polls. This leads to a murky picture when it comes to a single champion.

In many forms of college sports there is a championship at the end the year with the most notable being basketball with March Madness. It is the same in wrestling, baseball, swimming, and other sports so it seems perfectly reasonable to expect the same with football.

I’m not going to say that people who want a playoff, be it sixteen teams or just four teams, are wrong. I’m just saying that I prefer the Bowl Games.

My rational is simple. It’s better for the kids playing the game. The vast majority of the seniors will be playing their last organized football game. Most of them won’t be going on to a professional career. These Bowl Games give those seniors one last memory, and for half of them, one last win.

As an example; the college team I most identify with is the University of Missouri and they lost in the SEC Championship match against Auburn. If there had been an eight team playoff it’s likely Missouri would have been invited. That means that they probably would have lost the last game of their season although it’s possible they would have emerged as the National Champion.

What happened is they got a great trip down to Arlington, Texas for the Cotton Bowl and managed to win a hard-fought battle against Oklahoma State. Those kids ended their college football career on an amazing high. Many of them were playing their last game of football, as I mentioned before. I think this is a good thing. I think it’s great that a young athlete can go out with a win, a memory. It think it outweighs the public’s desire for an outright National Champion.

I realize that most people disagree with me. I realize there is a lot of money to be made in a playoff system. I realize people find the current system unsatisfying.

My reasoning boils down to the rather simple idea that the game is for the players; not the fans, not the networks, not the college presidents, not the highly paid broadcasters and sideline reporters, not the NCAA enforcement bureau, not the stadium contractors, and not for me.

Maybe the Aaron Rodgers of the world disagree with me but I’d like to think that there are a lot of guys out there, sitting in an office, who won their last game and cherish the memory and the trophy.

I guess about some things I’m just hopelessly naive.

I doubt I will make many converts with this blog and I’m certain I won’t bring about any change, but I wrote it anyway.