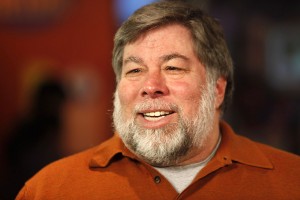 The crazed anti-science wackos are at it again and I’m not talking about Climate Change this time. I’m talking about the opposite end of the political spectrum. When it comes to Genetically Modified Foods and Genetically Modified Organisms there is a lot of controversy but no scientific evidence they cause harm. All scientific studies to date show that such crops provide equal or better nutritional value while being resistant to disease and insects.

To date no scientifically approved study has shown that eating GMFs causes any ill effects.

And yet not a day goes by that I don’t see a science-ignoring liberal posting scary headlines and linking to discredited studies about the horrors and dangers of GMF. The hate towards Monsanto is palpable and the comments sections filled with outrage and indignation.

I repeat: To date no scientifically approved study has shown that eating GMFs causes any ill effects.

Monsanto itself is trying to make a profit, of this there is no doubt, but they have another goal. Feeding the world. Ending starvation. That’s a pretty noble goal and if they earn some money doing it, then as a Randian Objectivist and a Capitalist I have no problems.

What I find rather ironic about the situation is the science denying liberals are generally the ones most up-in-arms about how Republicans deny the science of Climate Change. The science is there. The Earth’s climate is growing warmer and there is substantial evidence to suggest that increased CO2 and Methane in the atmosphere is contributing to it. The science is there, GMFs do not cause any harm.

I’m not opposed to rigorous testing of GMFs but when the results of such testing prove them to be benign then I will support their distribution and use. Food has never been more abundant and cheap than it is right now. You spend a smaller percentage of your income on food than any generation in the recorded history of the world. You spend less time making sure there is food on the table than at any time history. This coupled with the fact that there are more people in the world than their have ever been is a remarkable accomplishment made in part with GMFs.

It’s an inconvenient truth, just as is human-driven climate change.

I know this post is going to generate some hate but I’d ask you to find a scientifically accredited study that shows GMFs are dangerous to consume. There are a lot of links out there filled with discredited studies so do your homework and then prove I’m wrong.

I believe the evidence of human-driven climate change and I believe the evidence of GMF safety. I don’t think scientists are out there lying in study after study to promote some agenda. I think they are educated men and women of good character who are out there trying to make the world a better place. My hat’s off to the scientist, not the naysayers and doom-predictors.

Monsanto is based here in St. Louis and I know a number of employees. They love their children and if they thought GMFs were dangerous they wouldn’t be working there. Monsanto isn’t some faceless corporation. It’s a company made up of people just like you and me. My friends work for a company that, through its product, has saved literally millions of people from starving to death. I’m proud to have the company headquartered in my hometown.

So to all you haters of Monsanto and GMFs, bring it on!