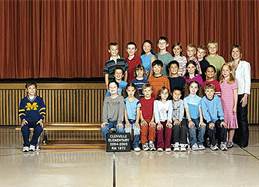 2 thoughts on “Second Grader Ostracized or Not?”