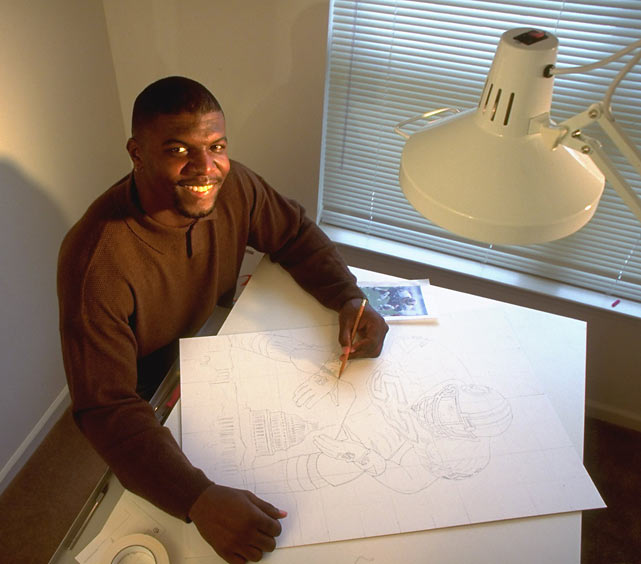 I’m a huge sports fan and have season tickets to the St. Louis Rams so I’ve followed the various lawsuits the players have filed against the NFL with interest. I contribute directly to the NFL and have enjoyed the games for many years so I feel some culpability in the fate that has befallen many of the players.

A former NFL player who had a short and rather inglorious career by the name of Terry Crews, who is now an actor, was interviewed and called the NFL a cult. It’s an interesting analogy. Judging by the tone of the comments beneath the article I think most people largely missed the point that Crews was trying to make. I can see how reading the headline but not his actual words can be misleading.

The obvious conclusion to take when reading the “cult” headline to the article is that Crews believes the NFL seduced the players into playing and that the NFL is blame for all injuries. That’s not his point at all. He is actually laying much of the blame at the feet of the players. He talks about the idea that virtually everyone who plays in the NFL, or any top-level sports league for that matter, has been dreaming of that moment almost their entire life. It is their primary and unshakable goal.

I always played sports and dreamed of being a sports star despite my many obvious physical limitations (small and slow) so I get the idea on at least some level.

I’m a Web Developer and Technical Trainer at my job and I didn’t dream about either of those things growing up. Even then there is a part of my psychological self-worth that is tied up in those jobs. When I do a less than stellar job of teaching or fail to make a website perfect I have a sense of failure.

I can only imagine what that feeling must be like for someone in the NFL. Another element is the nature of the team and letting down your teammates. For those who haven’t played sports it’s hard to express how much you want to be out there helping because you don’t want to disappoint your teammates. The coaches are likewise friends and allies and you want to do your best for them.

When Crews talks about the NFL being a cult he is talking about the mindset of the players. They have worked so hard and for so long that they don’t want to fail. As Crews says, they put their entire trust in the team and when you trust and believe in something that deeply there is going to be disappointment. He doesn’t lay the blame completely on the NFL, nor does he absolve them.

I agree with what I think Crews is saying in that there is blame to go around. The players should accept some blame but if medical personnel and coaches doled out pain masking agents when they knew the player was seriously injured and would further hurt himself by playing; they also must accept some responsibility.

It’s an awful situation for everyone. Sport is always going to be dangerous. Hopefully this new attitude of both providing good entertainment and doing the best we can to prevent catastrophic injuries will be to the benefit of the players, the league, and the fans.

If I thought the league didn’t care about the health of the players I would have to give up my season tickets and perhaps even stop watching the games. I do think the league cares and I do think the players want to play. I hope the end result of all this is a better game for everyone. I think it will be. What do you think?