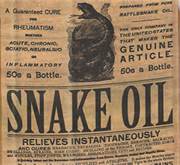 My sister is alive today because of chemotherapy. That’s not the point here but perhaps it explains my passion on the subject of false medical promises made to sick and desperate people.

Before I posted a reply on Facebook to my friend’s Share I looked up Aura-Etheric Body-Chi on the internet. As far as I can tell it doesn’t exist outside of Facebook. They have no website, the first two pages of results are all different language Facebook posts for the product. So I broadened my search to Etheric Healing. This does seem to be an industry. There are any number of practitioners of the art selling their methods and offering certification in the art of Etheric Healing. I tried to find it on Wiki but didn’t have much luck. Here is a list of Esoteric Healing (curing people through faith or human will) methods which doesn’t include Etheric Healing.

There is something called the Etheric Body listed and doesn’t seem to mention Etheric Healing either.

I finally stumbled on Bio-Etheric Healing but that seems more about healing through understanding of past lives, Chakras, and things of this nature. Not some fruit that has ten-thousand times the power of Chemotherapy.

I concluded the product is phony. I made a post suggesting that this product was fraudulent and designed to steal money from sick, desperate people. That it might convince some people to turn away from chemotherapy and real cures in the hopes that this product would help them. That those people would then likely die from cancer.

I responded in an effort to clarify my objections to the ad. I said that I was infuriated by a product that seemed solely designed to bilk money from very sick, desperate, and vulnerable people. That my opponent was supporting this effort. I was told to calm down.

So now I’m writing a blog post, I guess I’m not calm yet.

To the point of this blog. Fraud. Yes, cancer stricken people, afraid of death, desperate for a cure, could choose not to purchase this product knowing it is likely fraudulent. They share some of the blame for being deceived. However, if we allow companies like this to exist we might as well not have a law against fraud at all. If people get fooled then they are fooled. Shame on them. If someone lies to you, practices to deceive you, tricks you, then it’s your fault, not theirs. There is merit to the idea of Caveat Emptor. I agree that people should be wary, they should suffer the consequences for bad decisions, but I cannot idly watch a scam designed to part the victims of a horrible disease from their money. I choose to speak out. To attack the deceiver even while admonishing those fooled to be more careful.

I urge all my rational thinking friends to speak out when they see things of this nature. Be a voice of reason. Do not let Facebook scams slide by silently. Your silence encourages the spread of irrationality, of evil. I think the makers of this product are evil. I won’t pull punches. They are despicable in their aims and their methods.

I’m not asking you to go on a crusade, to write a blog post, I’m asking you to make one comment. Be a beacon of reason. Tell people when you see something that is wrong and understand that you might be attacked in return. The right path isn’t the easiest path.

Tom Liberman
Sword and Sorcery fantasy with a Libertarian Twist
Current Release: The Sword of Water (300+ pages of fantasy fun)
Next Release: The Spear of the Hunt