A rather despicable fellow named Jeffrey Epstein donated large amounts of useful money to any number of philanthropic causes and these gifts are now causing problems for those who received them. People are returning useful money and resigning from their positions, or being asked to do so. What I’d like to examine is the nature of philanthropic money in general.

Many of the people who donate to causes are not the greatest people in the world. Certainly, Epstein is viler than most but the question remains the same. As an example, let’s imagine you are the financial officer of a charitable organization and you have strong views on religion. Perhaps you are an Atheist or perhaps you are a Christian, Muslim, Wiccan, Jew, or Hindu. You are offered a large amount of useful money from someone who has a completely different belief system than you. Do you take that money knowing it will contribute to doing what you perceive to be good? What if the person has a criminal record? What if they are giving the money in order to improve their reputation because of some misdeeds in the past?

While my question is hypothetical the reality exists to the tune of billions of dollars in charitable donations. The events surrounding Epstein are forcing the financial operators of these organizations to ask themselves this very question. Should I refuse the donation because of the nature of the person who is giving it? Does the money, and the good that is done with it, override my concerns about the source? The money given by such a person intermingles with the money given by many better people and helps us fulfill our mission. Should I deny a child from Make a Wish their wish because I don’t like the person who is giving the money? Doesn’t that just hurt the child?

This is no idle question, if organizations turn down money from disreputable or unaligned donors, they will have less money to complete their mission. Those who would benefit instead go without. There are no easy answers here but I will not shirk from a conclusion simply because the question is complex and difficult.

I’ll happily tell you what I would do were I in charge of such a charity. Not that my decision is proper for anyone else, it is right for me and me alone.

I’d take the money from any source, even if Epstein were alive today in order to give it. I’d also be completely honest about my distaste for such a horrible person. I’d highlight the donation in my monthly and annual literature. I’d speak loudly to the stakeholders in the charity about why I took the money. About how the vile criminal Epstein was attempting to restore his reputation through the donation and that I wanted nothing to do with him other than cashing the check. I’d consider re-donating a goodly portion of it to help his many victims and organizations devoted to helping them and those like them.

Perhaps you disagree and I respect your right to do so. I can certainly understand why you would. 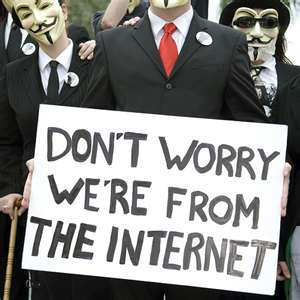