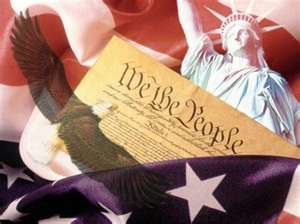 Tomorrow I leave the heady world of sports and take on a topic which might not provoke quite as much interest but is of worthy of exploration. The 17th Amendment to the constitution of the United States changed the way senators are chosen. Prior to May 31, 1913, senators were appointed to their position by state legislatures. Afterwards they were directly elected by popular vote.

There are a number of arguments both for and against the amendment but there is no doubt its implementation has had a profound effect on the United States.