There’s an interesting story making the rounds about yet another Facebook mishap. To me it’s one of those situation that, if people take adult attitudes, might end up being a good thing. If childish behavior is in play instead then there is the damage to all parties involved.

I’ll cover the basics and then talk about the adult solution and the childish one.

A self-proclaimed muslim customer asked an ice cream manufacturer in Wyoming if they used pork in their gelatin. The idea being that as a muslim he couldn’t eat their ice cream if this was the case. The CEO of the company responded glibly that they didn’t deliver outside of Wyoming and certainly not Pakistan. The customer is from Wyoming. The internets then showed their displeasure flooding Yelp with one star reviews and the company Facebook page with negatives comments. The company then took down their Facebook page. The CEO has offered to resign.

So, if we insist on behaving like children the company might suffer serious financial loss, the CEO will lose his job, and the customer gains some sense of vengeful satisfaction.

On the other hand the CEO and company could invite the customer, his family, and friends out to the plant for a tour (they don’t use pork gelatin so no religious tenants are being violated). The company might even host a muslim appreciation day for all the muslims in the region. The company might gain a whole new customer base and a lot of muslims in the region might find an ice cream they love. 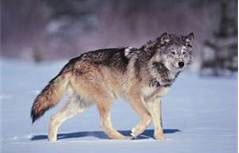