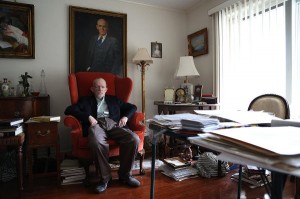 A friend posted an interesting story on Facebook about how a forger convinced dozens of museums to display his work over the years. One of the first comments on the story suggested that it made no difference to the viewer. If the piece of art was indistinguishable from the original, even to an expert, then the regular museum goer would have the same experience as if it was the original and should be satisfied.

It’s an interesting argument. One of the first analogies that someone offered was the idea that if you went to a concert and saw a band that looked exactly like the authentic members of the band, who played the music the same way; your experience would be no different than if you had seen the actual artists. It’s an appealing idea. That our perception of events equates to reality when, to our senses, the two are identical.

Before I launch into my interpretation of events I’d just like to mention that everyone should read the story itself. The forger in question is a man named Mark Landis who has relatively severe mental problems. He forged the paintings not for financial gain but for a sense of doing something perfectly. He has what is now called Autism Spectrum Disorder and his ability to copy things, both painstakingly and exactingly, is remarkable. He committed no crime and is now available to paint portraits from pictures provided by customers. Anyway, it’s a fascinating story but it doesn’t really have much to do with the point I’m examining today.

So the question becomes if my senses cannot tell the difference between two things are they then the same? Is my experience untainted even though I was given something different than what I expected. I remember being blindfolded and having my nose held while being fed various foods and the ability to distinguish the difference between an onion and an apple was noticeably effected. Naturally in such a case my biological processes would have instantly detected the difference and reacted accordingly. Let’s say we made a brick taste exactly like a steak and tree bark like potatoes. Eating nothing but bricks and tree bark would soon kill me despite my own satisfaction. Clearly our perception of reality is not going to save us there.

Let’s say that we created an illusion of a bridge across a chasm when there was no bridge. Again death ensues. Both of these examples are not truly fair though. When I go to the museum and see a beautiful painting and it touches my emotions is there a difference if the picture was a forgery? In this example my body is not physically effected by the deception. My emotions upon seeing the art are not hurt in the way my body might be from a physical deceit.

What happens if someone you love tells you they reciprocate that feeling when they don’t. Are you undamaged by the deception? When you find out the truth do you have no right to be angry? The love you felt at that moment is not changed in retrospect. You still felt it then. As long as my beloved St. Louis Cardinals are once again in the playoffs let’s take an example from that realm. When Mark McGuire was hitting home runs many people believed he wasn’t using Performance Enhancing Drugs (PEDS). Were not their feeling of elation and inspiration at his feats of power betrayed by his later admission? Certainly they way they felt at the time was genuine. That emotion cannot be changed any more than anything in the past can be changed. Once I make a left turn it can never be anything but a left turn. No matter what happens, that’s what happened.

Does this mean that the people shouldn’t feel upset by the fact that McGuire was using PEDs?

Should those people who saw fake art, even though it was indistinguishable from the real artist’s work, have no complaint? Should they not feel they were deceived? Should the memory of the event not be diminished? Certainly the elation of the original moment will always be there but our lives are little more than memories. When something happens, it happens, and then it only lives on in our memories. Subsequent events can and do change that perception.

I can well imagine you’ve figured out my opinion on this subject.

If you were elated and inspired by art that turns out to be a forgery, then you have every right to be upset. Your memory has been tarnished. But also remember the original joy. Remember that you were inspired by that art. That really happened and nothing can change it.

If you pay to see a particular band and someone else plays, providing the exact same experience, you have been deceived but it doesn’t mean you didn’t enjoy the show. You should demand a refund. Someone lied to you. However, don’t let that stop you from remembering how much you loved the concert at the time. Wonderful moments are out there. Seek them out, find them, and relish them. If subsequent events tarnish what you imagined, you have every right to be angry but also try to remember the joy of the original moment. That can never be stolen from you.