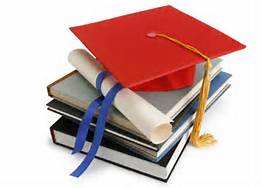 There was an interesting study recently completed by a group called the Program for the International Assessment of Adult Competencies in which they tested adults in various countries on Math, Reading, and Problem Solving skills.

I recently wrote about how China and India are graduating huge numbers of college students and that the United States is falling behind. That this transition of intelligence from the US to other countries does not speak well of our nation and our chances to continue to be a world leader in scientific advancement, economic power, and military power.

The new study did not survey adults in China and India and I certainly wish that it had. It would give us a more complete picture. However, the U.S. continues to score extremely poorly on education tests pretty much across the board. This is often explained by the fact that in the U.S. we have a very diverse population with large numbers of immigrants. There is truth to this statement as smaller countries tend to have better educational systems simply because they have fewer students to teach.
The nations that dominate us in this most recent survey are generally smaller in population and that means we still have a greater number of highly intelligent people, it’s just that our average is lower.

I’m firmly convinced that our economic power, our scientific acumen, and our military dominance grew largely out of the fact we had a huge number of intelligent people in the United States in the 50’s and 60’s. Some of them born here and educated through our system and others who fled totalitarian regimes.

It matters not that we ended up with a huge advantage in intellect; it only matters that we had it and much of our power today stems from that time.

That advantage is clearly ebbing although we are still the world leader in economics, barely, and military might, by a large margin. It seems to me that if we continue down this path it is inevitable that new inventions, new ideas, economic power, and military power will shift away from the U.S. and to the increasingly smarter nations. That is why I’m disappointed India and China were not included in this survey.

I love the idea that other nations are producing intelligent adults. I’m all for education around the world. I love great ideas and the people who promulgate them. I think these ideas make all our lives better and result in economic bounty for everyone. I just want my country, the U.S. to keep up.

If this survey is to be believed; Americans rank 17th in Problem Solving abilities of the 23 nations surveyed. Yikes.

Here is a look at the entire file on the U.S.

They looked at a number of other factors and it makes for interesting reading including the fact that blacks and Hispanics in the U.S. were a significant drag on the scores. They make up a huge percentage of the worst scores with whites and Asians making up the high-end of the scale. Something the article does not talk about, I’m sure to avoid being accused of racism.

The article also talks about how those with higher intelligence are paid more, as it should be.

I’m not a fear-monger. I think despite these scores the U.S. has not fallen irretrievably behind other nations. We still have a massive population and many intelligent people. We need to focus on getting people to value education. President Obama, Colin Powell, Neil deGrasse Tyson, Sonia Sotomayor, and other highly educated and prominent minorities are making that effort but it in the end it comes down to the parents and the communities.

The gauntlet has been thrown down, the rest of the world is gaining, are we up to the challenge?