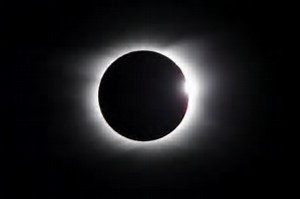 If you were a child and told you could not go outside during a solar eclipse because looking at the sun was dangerous; would that make you more or less likely to go outside on the sly? I think the answer to this question gives us great insight into the problems associated with a state that tries too hard to protect us from ourselves.

The Cumberland Valley School District sent a letter to parents explaining that recess will be cancelled on Monday August 21st during the full solar eclipse. I think it’s a mistake and I’m happy to tell you why. I don’t disagree that looking at the sun is dangerous. I think children should be warned not to look at the eclipse as it could damage their eyes. I understand the danger of litigation. I just think preventing children from going outside during the event is a silly way to go about protecting the children.

A far better solution would be to assemble outside with all of the students and have a telescope with appropriate lenses on it for them to use. Another solution would be to have an assembly where a live broadcast of the eclipse is shown on screen. Perhaps parents could be asked to purchase eyewear that will protect the student and send it to class with their child that day.

There are many, many solutions available to the district and they chose the one that is probably going to endanger the students the most. By telling them they can’t go outside at all, they work against human nature. Just looking at the sun during a normal day will cause blindness. Children go outside quite frequently and manage not to blind themselves. I understand the special circumstances of the eclipse will generate more interest in looking at it, I just think the solution is utterly silly.

This attempted solution mimics what government does when they try to force behavior on its citizens. Using mind altering drugs can be dangerous. Getting married is a good thing. The government rewards behavior they think is useful and punishes behavior they think is dangerous. The problem is that such actions generally create new and bigger problems than those they are trying to solve.

I don’t want to give a series of examples, starting with the War on Drugs, to show the generally negative outcome of such laws; I just want you to contemplate what happened in school when you were young and there was a solar eclipse. Were you denied recess? Were you herded into a dark room to mitigate the chances you’d blind yourself? How many kids were blinded?

It’s always important to consider the result of any rule or law you might want to enforce. If the only good it’s going to do is make people feel like they are doing something useful, then maybe you should reconsider.