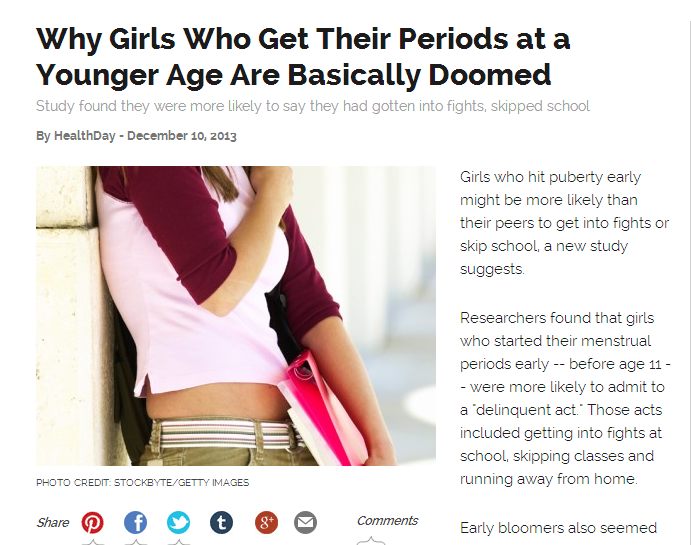 And we have a winner. In an upset it’s not from Motley Fool!

iVillage posts this gem in their HealthDay section: Why Girls who Get their Period at a Younger Age are Basically Doomed.

The article itself is actually pretty well written and the researchers seem to have made an excellent effort to avoid external influences on the study.

The main thrust of the argument is that because of early puberty there becomes a mismatch between a young girl’s appearance and her actual mental maturity.

It’s an interesting read for anyone with young daughters, just a stupid and misleading headline!