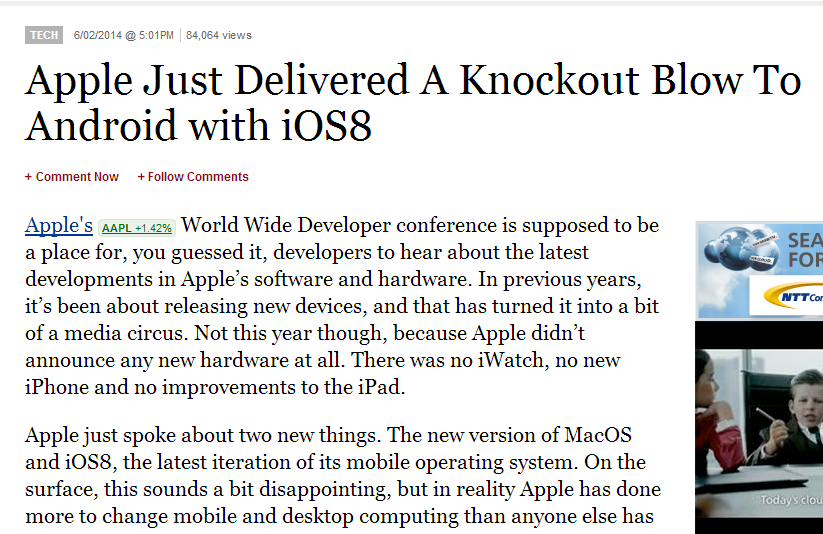 Apple Just Delivered A Knockout Blow To Android with IOS8 blares the headline from Forbes. Yes, we have the Stupid Headline of the Week award winner. Hooray for Forbes.

In case anyone hasn’t been paying attention lately the people over at Forbes have been whoring themselves out for clicks for a number of years now. They basically allow anyone to sign-up for a Forbes blogging account and that person gets to have the word Forbes in their URL.

The people writing the blog posts have no association with Forbes whatsoever. It’s like the URL in this blog post that mentions WordPress because the site is hosted by WordPress.

For all those grieving over the demise of Android, well, don’t start crying just yet. Ian is engaged in both wishful thinking and headline trolling.

As an added tip to Dr. Headline writer: Don’t capitalize words like “a” and “to”.