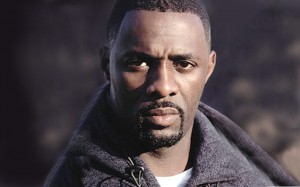 There is talk of replacing Daniel Craig as master British Secret Service Agent James Bond. Craig has done a masterful job of bringing back the edge to 007 after the series turned rather comedic with Roger Moore and those who followed. I’ve loved Craig as Bond and I’d be sorry to see him go. So what’s the big controversy?

One of the actors being considered to replace Bond is Idris Elba. Elba is a dashed handsome fellow from England with a good history of movies and television credits to his name. So what’s the problem? Rush Limbaugh thinks Elba should be disqualified from the role because he is a black man. Bond, James Bond, is white you see, at least according to Limbaugh.

I’ll dispel with any suspense about my opinion on this one. The actor who does the best in the audition and who the casting director and the director of the film think will do the job should be awarded the part. Anyone who says anything different doesn’t believe in capitalism. I’m talking to you, Rush. Racism? Maybe. Dirty, filthy, anti-objectivism – absolutely! To suggest that Elba should be disqualified from the role regardless of his ability to play it makes my blood boil! Out, out foul villain. Not in my house.

People argue that Bond is a fictional character and thus open to interpretation. Not relevant. I don’t care if it is a historical character. If a black man kills in an audition for Eleanor Roosevelt he should get the role. If a white man destroys in an effort to depict Ghandi, he should get it. Oh wait, he already did (well, half-white). If a ginger-haired, fair-skinned woman is best as Nelson Mandela then so be it. Anyone who says differently will face my wrath!

I see this so clearly. I know I’m right. I know Limbaugh and anyone who agrees with him is wrong. Dead wrong. That is the kind of thinking that holds back a society. Maybe we shouldn’t hire someone who does the best because they are a devout evangelical. Nope. Maybe we shouldn’t hire a woman to be head of our security department because women aren’t qualified? My advice? Hire the person best qualified under any and all circumstances. It’s your security!

I don’t even know what else to say to make my point. Hire the person best qualified. Period. Anything else is wrong.