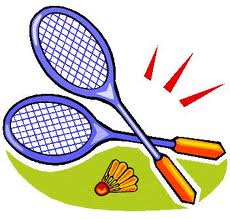 There is a fascinating case unfolding in the Olympic Badminton tournament in London. Because of the seeding situation it became favorable for teams to lose a match thus ensuring a more favorable seed later. The basics are as follows: They have a system wherein the top two teams from a group advance to the quarterfinals, much like the World Cup in soccer (or football for my non-US friends).

Here’s what happened. The tournament favorite was upset and ended up as second seed in the next round. Thus, the team that won a particular match (both had already assured advancement) would have to play that heavily favored team. So, the teams in that match both tried to lose. There was a similar situation in another group and both of those teams likewise tried to lose.

In response the Olympic committee disqualified all four teams. Interesting!

The teams were playing to win by losing, right? By losing the current match they had a better chance to advance in the tournament. The goal is to win the tournament. So, if they actually played to win they were diminishing their chances of overall victory!

It’s easy to sit back and say, gosh, they didn’t give their best effort for those paying spectators and I do see the Olympic Committee’s point on this issue. But, I really do see the player’s point as well. It’s like an NFL football team losing their last, largely meaningless, game of the season to secure a better draft position. It makes sense.

Certainly situations are going to occur when losing is to the benefit of the team playing. How are such things to be handled? I suppose the team trying to lose will just have to pretend harder to try to win although they really are trying to lose. Isn’t that as much of a mockery as simply trying to lose outright? We’re saying, go ahead and try to lose but pretend harder.

It’s a really interesting question. I’m not sure there are any good solutions but perhaps there could be some Losing Benefit rule wherein a team could say, hey listen, it’s to our benefit to lose, so go ahead and count it as a loss but we’ll play our best for the paying customers. If we win, it still counts as a loss. I don’t know. I can see objections to that as well. At least it’s intellectually honest and the crowd gets to see a genuine effort.