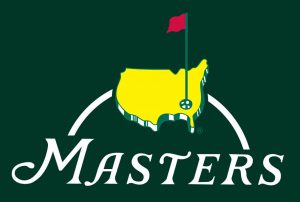 The Masters golf tournament just finished up with Sergio Garcia winning an epic battle with Justin Rose. Sergio has had a long and successful career but always fallen short in the Majors so it was quite wonderful to see him win and the emotion of the triumph. However, that’s not what I’m writing about today. As a Libertarian I want to examine the nature of the stringent rules for spectators at The Masters.

There are rules against using cell phones, rules against running, and plenty more. Spectators who violate the rules not only risk being removed from the grounds that day, but also losing their ticket forever. That’s right. Forever. The Masters tickets are strictly limited and the only way to get new ones is if someone else gives up their own. Thus breaking the rules carries serious consequences and most people do not do so.

Now that we know the consequences are serious I’ll turn my attention to the rules. Said regulations are certainly the purview of the people who run the Masters. They can make whatever rules they want.

In other, less popular, events such rules would likely drive away their audience and cut into their ticket sales.

Watching the Masters on television is rather pleasant because there are not as many spectators yelling banal encouragements or trying to distract the actual competitors.

The lesson to be learned here is important from a Libertarian perspective. Those who run the Masters created in environment in which many people want to participate. Television networks pay huge sums of money to broadcast the even. Advertisers pay even more money for the right to run commercials during the event. Spectators hope against hope to even have the possibility of getting tickets.

But there is something else to discuss as well. Prior to 1990 the club where the Masters is held, Augusta National Golf Club, did not allow black members. Prior to 2012 they did not allow women members. These policies threatened their audience. People were rightfully upset about such racist and misogynistic rules. Fewer people wanted tickets to the event. Fewer people wanted to watch on television. The event itself, if they continued such policies, risked serious reduction of revenue. Even players began to at least think about not attending in protest over such rules.

The government did not force Augusta to change their policies. Several members resigned. Corporate sponsors faced heavy criticism from those who consumed their products and put pressure on August as well. It became in Augusta’s self-interest to change their rules and they did.

We often rely on the government to right social wrongs but it is generally unreliable in such matters. There will always be those who hold racist, misogynistic, anti-Semitic, and other vile views. They are often in positions where they can discriminate. People can effect change where the government is powerless. Something to keep in mind.