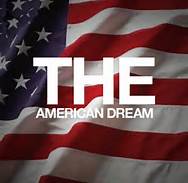 There was a story in the news recently about how the American Dream is no longer obtainable. I think the very premise of the story completely leaves out the nature of our modern society.

The article then laments that people have lost their way.

I’m not saying home ownership, marriage, and children are wrong. I’m just saying that for an increasingly large percentage of our population they are things people don’t want.

People want, among other things, an education, a good job, and wealth. I applaud them. An education often means going into debt early in life so wanting to get out of that state makes perfect sense. Does our current education system make debt-slaves out of students? Yes. A topic for another day.

The ability to retire and lead your life the way you want is an incredibly good goal. The fact that Americans are turning away from the traditional home-ownership, two-child, lifestyle is not a bad thing.

Change like this engenders fear in people. They ask: What will happen to our nation when people stop having children? Who will take care of the old people? Who will do the jobs?

I can’t stress my next  idea enough; We already have too many people! The flattening population growth the world is experiencing is a wonderful thing. It will certainly cause stress to economic systems that rely on constant growth but maybe that means we should change our economic model. Maybe we should  base our economy not on growth but on providing excellent products at reasonable prices while employing hard-working people. But, again, a topic for another day.

When we look at countries where women are empowered, have access to birth control, and close to equal rights; the population is actually declining. Hooray!

The modern American Dream is having a job you like, doing your work well and being paid for it, owning the things you want, and spending a greater percentage of you life with family and friends.

I want to reiterate that I’m not against home ownership, babies, and the old American Dream I’m just a realist. If people want a life that doesn’t include those things it’s not an indictment of modern society, it’s a celebration of it.

Imagine a world with a stable, sustainable population. People who work at rewarding jobs they like. A vast decrease in poverty and despair. Plenty of food and energy for all. Happy people working and playing with other happy people.

This might not be the American Dream but it’s mine.