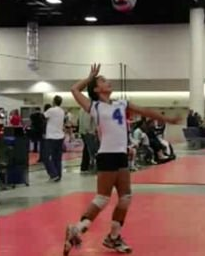 At lunch today I spotted an interesting article about something called BMI (Body Mass Index) which is often used, unfortunately, to measure if a person is healthy or not.

In this case an 11-year-old girl was determined to be unhealthy and overweight because she is 5′ 4″ 124 pounds. A quick perusal of the BMI charts indicate that this is actually a perfectly normal weight and it wasn’t until I read the comments on the story that I found out a new piece of information. When reporting BMI some school districts take into account something called the CDC Growth Chart.

This chart looks at normal children and their weight compared to statistical outliers. In this case the girl is very tall and heavy for her age and, despite being in the normal range of BMI, is considered overweight when the CDC Growth Chart is taken into account.

I’m not against  tracking people’s health and I don’t think there’s necessarily anything completely wrong with either BMI or the CDC Growth chart, if they are taken in context. That’s the problem. They are not taken in context and they are often used to fraudulently claim people are overweight.

Let’s get a little background first.

The BMI was created in the mid 1800s by a Belgian polymath. A polymath is someone who is extremely intelligent and excels in a variety of disciplines. This index is flawed under a number of circumstances particularly very tall people, very short people, small boned people, large-boned people, and people with large amounts of muscle mass.

BMI is used by most insurance companies as a way to determine if a person is unhealthy. Anyone who is so determined must pay higher insurance rates. There is clearly a financial incentive to have as many people listed as unhealthy as possible. In the United States what used to be healthy in 1997, a BMI of 27.5 or less, became unhealthy when the cutoff point went to a BMI of 25 in 1998. This instantly made 29 million Americans switch from the healthy category to the overweight category. And meant that everyone in that group had to pay more money to insurance companies. Everyone in that group became, at least psychologically, a target for the diet industry. It also means that the pharmaceutical companies have 29 million more potential customers for their medicines.

BMI has come to be an accepted measurement tool for a person’s health.

In the story in question, the 11-year-old girl is very tall for her age and quite athletic. She is not overweight nor are many of the people who are classified as such.

I’m not saying stop using BMI and the CDC Growth Chart. They both have real uses in determining if a person is overweight and unhealthy. I’m suggesting that we stop using them as blanket treatments and people who fall into the regions where the tools are no longer accurate be diagnosed with a different chart. Ideally a doctor would examine each person and make the determination on the results of the exam.

In the case of the 11-year-old, her mother was concerned that being labeled overweight would have a negative impact on the girl’s self-esteem. I don’t think this is a frivolous claim. When the administration of an organization makes such a claim there are real emotional effects. I feel certain that the girl’s mother can explain that the BMI scale and the CDC Growth Chart scale are not accurate for certain body types and her daughter has one of those. I don’t think there’s any real damage done but I do think real harm is done by over-reliance on a system that plainly does not work for certain people.

Everyone should have their health screened regularly. A doctor should see everyone and make the overweight determination based on a physical exam; not a chart that, even the most ardent supporters of will admit, fails under some circumstances.

The fact that we have approximately 48.6 million people in this country who don’t have health insurance and are thus not getting regular screenings is a serious issue. All of those people should be getting screened. When they do not they stand a far higher chance of having serious medical issues, expensive medical issues, that could have been prevented. The taxpayer largely ends up paying those bills.

I’m not going to get into a debate about Obama Care so don’t bother commenting pro or con on that issue.

My point is that we are currently relying on flawed systems, BMI and CDC Growth Chart, that are spewing out, in some cases, clearly nonsensical results. I choose to call that bad.