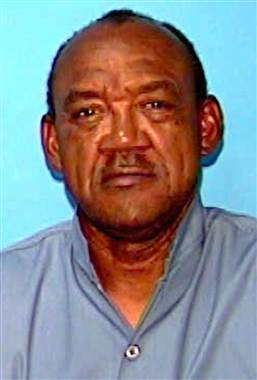 I often hammer home my theme of Randian Objectivism which includes rewarding those who achieve but there is another side to that and one almost as important. Those who do wrong must be punished or at least investigated thoroughly.

A mentally retarded man named Jerry Frank Townsend was wrongfully framed by police for a crime that DNA evidence eventually exonerated him from committing. The real criminal then went on and killed ten more women and children although at least one police detective strongly suspected that person even during the original trial.

Now, I don’t want to get into how awful the situation was for the wrongly imprisoned man, or how unjust were the subsequent rapes and murders. I do want to discuss why the officers involved in the original frame-up were not thoroughly investigated and at least reprimanded.

Prosecutors claim to have looked into the case and determined that perjury cannot be proven and I’ll take them at their word but they apparently never spoke with the detectives who handled the case. Detectives who testified that Townsend led them to the murder scenes and gave them information only the killer could have known, these being clearly false statements. There is a suggestion that the detectives fabricated evidence, coerced witnesses and the defendant (who confessed to the crimes), and even withheld evidence from the defense team.

I don’t know if any of that is true but I do know that the detectives that ran the investigation should be thoroughly investigated and at the very least reprimanded although both are since retired.

What I really want to discuss is why this wasn’t thoroughly investigated and I’d love for some police officers and detectives to chime in. I’m of the opinion that the vast majority of people want to do their job properly. Police officers in particular who I have met (I’ve taught some computer classes to officers) are extremely dedicated and conscientious.  They do their difficult job and take tremendous and well-earned pride in protecting me, my family, and my friends.

Just like I know people who I’ve worked with in the past who were corrupt I’m sure that the great detectives and officers out there are well aware of the corrupt few on the job. The argument goes that we must protect the honor of the institution. That if word of such misdeeds got out that it would tarnish the reputation of the company or industry. We see this logic again and again but it is completely flawed.

If such organizations would immediately ferret out and punish wrong-doing, or if the information comes years later, still go about the business of exposing such corruption to the light of the world then their organization would not suffer, it would blossom!

When we cover-up corruption and misdeeds we simply embolden the worst among us and inhibit the best. There is nothing worse than watching an incompetent co-worker be praised for a job poorly done. It saps our own desire to succeed and destroys the organization from within.

So, as a Randian objectivist, I say to Broward County, turn the full light of investigation on these activities. If nothing comes of it then nothing comes of it. But, by hiding the misdeeds of the few we hurt the honor of the many. We must punish misdeeds and reward heroics. That is the road to success, be it a business, an army, or a police force.

Please, tell me what you think with comments!