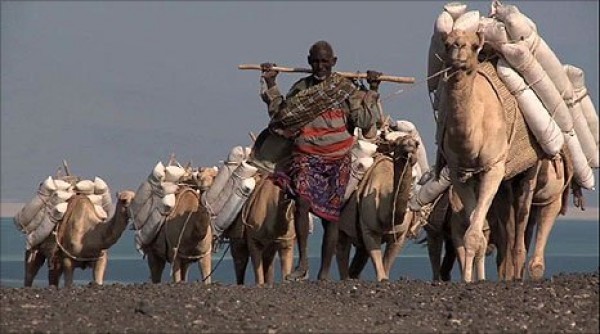 There’s an article making the rounds about how domesticated camels are mentioned in biblical books all the way from Genesis forward.

Here’s the problem. According to archeological, scientific, and written records; the beasts weren’t domesticated at that time. The first evidence of camels being used in a domesticated fashion comes in the 10th century BCE. This invalidates all biblical accounts which mention domesticated camels before that time.

The biblical scholars who admit this anachronism say that just because camels were interjected incorrectly into early biblical stories doesn’t mean that anything else in the stories is inaccurate. Really? This seems to fly in the face of logic. If the people who wrote the bible decided to add contemporary facts to an existing account doesn’t that mean the entire account is likely fiction? Sure, there could be parts that are accurate but it is clear that whoever wrote the books of the bible in question wrote them hundreds and possibly thousands of years after the events they depict. How can that be considered accurate?

Normally the fact that the bible is filled with inaccuracies is not something that I’d blog about. It’s evident to me that the thing is largely fiction. I’m also not bothered by religious fanatics who claim that the overwhelming evidence of camel domestication is incorrect because the stories in the bible overrule any scientific or archaeological findings. Those people are insane. I can’t reason with them nor will I try.

My problem is with those who want to believe the bible tells true stories but admit that the camel business is a mistake. It’s not one mistake. Domesticated camels are mentioned more than twenty times in early biblical stories at a time before they were actually domesticated. This means that whoever wrote those stories had no idea what they were talking about.

If I wrote a story about the Roman Empire that mentioned combustion engine driven trucks transporting goods across the Empire would you take the rest of my accounts seriously? No, of course not. Everything I wrote about would be immediately cast in doubt, and rightly so.

I see this brain trick more and more these days. Perhaps I’m just getting old and it’s been around for as long as the domesticated camel, or longer. It just seems to me that people are more willing to ignore facts so that they can believe what they want to be true. The old Is-Ought fallacy. I suppose the fact that David Hume came up with this idea some 300 years ago would suggest we are, perhaps, not living in unusual times. Maybe people have always used this little trick of the mind.

Even so, it is something my brain can’t understand. When someone brings facts forward that I had not considered; I adjust my position accordingly. To do otherwise would be to lie to myself. It would be to base my logical conclusions on my beliefs, not the other way around.

Anyway, I realize I’m not going to convince anyone today. Have a great Valentine’s Day!