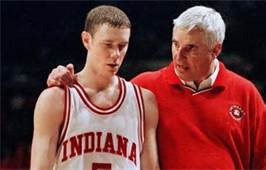 I blogged not long ago about a coach’s behavior as fair game for scrutiny when a player engages in violent activities off the field of play. One of the complaints I heard from my legion of loyal followers was how unfair it is to blame anyone other than the perpetrator of the violence.

The main thrust of the argument against me was that a teacher couldn’t be blamed if a student killed someone outside of the classroom. It got me thinking about whether or not the teacher-student relationship compares with the coach-athlete relationship.

I’m of the opinion that the coach-athlete relationship is far more influential and far more familial, than the vast majority of teacher-student relationships. Certainly teachers have influence. Teachers build relationships but the reality is that the coaches and players are together hour after hour, day after day, year after year. This incident involved the relationship  between a college player and a college coach. I argue that this is, literally, the most important relationship any young athlete has outside of family, maybe even inclusive of family!

The college coach came to the house of the player and convinced said player to come to a particular college. The coach talked to the parents and convinced them that this was the right choice for their child. All before a single practice. Recruiting is the lifeblood of any college team and coaches spend large amounts of time and effort convincing the best athletes to come to their school.

Once at the school the student is destined to spend four and often five years with that coach. Unlike a student-teacher relationship it doesn’t end after an hour in the classroom, after a semester. The athlete gets to know the coach, the coach’s family. They spend many hours on planes or buses with the coach. Hours are spent practicing.

Coaches take this relationship seriously. They talk again and again about the team being a family, about the influence they have on their players.

Players take this relationship seriously. It is often a life-long friendship.

I was an athlete. Not a particularly good one but I tried hard. I played hockey, baseball, soccer, tennis, swimming, water polo, and rugby. I had good coaches who cared about me and bad ones who didn’t. When the coach cares about the player as a person and not just as an athlete it is a special, profound bond.

Ask anyone who played for Dick Vermeil, or Bobby Knight, or John Wooden, or Mike Krzyzewski, or Woody Hayes, or Vince Lombardi, or Paul Bryant, or … well the list is endless. These men change the lives of those they coach. They can be a force of a tremendous good or a force of not so great. They can take a young man on the wrong path and turn him right or they can choose to ignore the bad because it will help the team win championships.

I’m certainly not saying even the best coach is perfect. I’m not saying that the best coach could have changed Aaron Hernandez. In the end Hernandez is responsible for his own actions. I am saying that a different coach might well have done better with Hernandez. It’s not black and white. The best athletes aren’t always the best people. A coach needs good athletes and even the best attempts to help can fail. When they let poor behavior go without punishment because the team needs that player, they encourage bad actions, bad decisions. This win at all costs attitude can eventually end with tragic results and I think the coach bears some, certainly not all, but some responsibility.

To all you great coaches out there, who care about the boys and girls you’re teaching, who know that learning to live a good life is more important than winning the game; a tip of the hat.

As those great coaches know well; if you surround yourself with good people, who work hard, have passion, and do things the right way, well, that almost always translates into wins. Wins in the game, and wins in life.

Tom Liberman
Sword and Sorcery fantasy with a Libertarian Twist
Current Release: The Sword of Water ($2.99 and full of win)
Next Release: The Spear of the Hunt