I can’t stop myself! I’ve just seen my third incredibly stupid or misleading headline of the week and must spread the word.

A Dutch Guy Is Disgusted By America, But He Has A Hell Of A Point screams the headline I first saw when a Facebook friend commented on the story.

The link leads to a YouTube video in which a Dutch cycling enthusiast speaks about the state of cycling in the United States. His channel is dedicated to all things cycling in the Netherlands. He has instructional videos, information on cycling infrastructure, cycling routes in various cities, and many other useful tips.

His tone in the video is anything but “disgusted”. I’d call it the opposite of disgusted. It’s clinical in its analysis and hopeful in tone that biking in the U.S. will continue to grow. He fairly systematically covers some of the difficulties of biking in the United States, how biking in the U.S. is different from that in his homeland, and places where he sees room for improvement. He is critical a few times but nothing he says nor the tone that he uses could possibly be misconstrued as “disgusted”.

Not to mention that he doesn’t really have a “Point” to the video. He mentions a number of things but it is more of an analysis than any sort of attempt to persuade people.

The headline is designed to generate clicks and angry comments. It’s unfair and totally misleading.

Comments were already piling up about smug and nasty Europeans based apparently upon having read the headline but not bothered to watch the video.

Congratulations Upworthy! You are the third winner, this week, of the Misleading or Stupid Headline of the week. 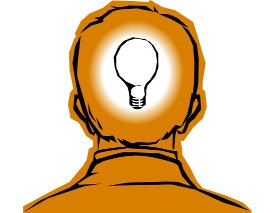