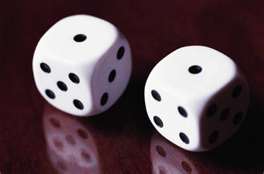 Last night I was having a philosophical discussion on my Chess Site waiting for my Dungeons and Dragons game to get started … yes, it’s true and not an April Fool’s Joke. I am a nerd.

Anyway the topic turned, as it often does, to Free Will or the lack thereof. The debate usually gets fairly heated and there are strong opinions on all sides.

The arguments go that we humans have the ability to choose our way or that the future is immutable. I sort of spoke about this issue in my post Everything Happens for a Reason during my dumb platitude week. Philosophically it seems to be an extraordinarily important question but the more I think about it the more it just doesn’t matter.

What I’m saying is that we can debate whether or not I chose black tea over green this morning or whether it was immutably decided that I would take the black but what difference does it make? I’m drinking my East Frisian Broken Blend ordered from my favorite Tea Merchant and there is no changing that fact. I’m not drinking South India Singampatti Organic and there is no way that I can go back and change my decision. So, what matters that I made the decision or the choice was destined from the beginning of time?

The key is that I have the illusion of free will. I think that my decisions have consequences and attempt to make as many good choices as possible so as to enhance my station in life. As long as I have this reality or illusion of reality then I’ll continue to make my best effort. The only danger is in people who think they have no control over their lives and simply let the world run them over. But, as long as you try to think through your decisions with Critical Thinking analysis then it just doesn’t matter as to whether free will exists or not.

So, that ancient philosophical question is finally solved! You’re welcome.

Perhaps a real philosopher or two will tell me how terribly, terribly wrong I am in the comments. I eagerly await.

Tom Liberman
Sword and Sorcery philosophy with a Libertarian Twist