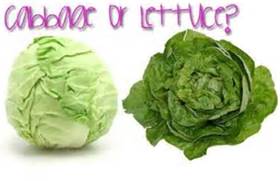 What is a sport and what is a game?

I’m watching the live stream of the 2013 PGA Championship, that’s golf for all you non-golf fans, and they are having a vigorous discussion about that very topic.

The Wiki article is pretty broad and comes to no conclusions on the matter.

It’s an interesting question and there is a lot of debate about physicality, the presence or absence of certain pieces of equipment, the method of winning, and other factors. I first thought about this years ago and came up with a definition that I find works quite well for me.

Let me cover one of the main ideas before offering my own solution. A lot of people claim there must be a physically demanding aspect to the endeavor for it to be a sport. Thus baseball is a sport but chess is a game.

My problem with this definition is that baseball is unilaterally ruled a sport. When a dozen kids play a pickup game in the park, like that happens anymore, then it is sport. I disagree. That’s a game of baseball. When major league players vie on the field of play, I consider that a sport.

I think two requirements must be met for it to be a sport.

There are three possible permutations of those rules which result in Sport, Game, and Spectacle.

Thus I think golf can be a game or sport depending on the circumstances surrounding the event. The paying crowd at the PGA Championship along with the fact that a winner is determined by quantifiable methods make it a sport. When the guys and I head to Ruth Park for a quick nine after a day of work, it’s a game.

This is a relatively broad definition and makes the upcoming World Chess Championship a sport even though there is a lack of physicality to chess.

That being said, I’m happy with my definition.

Tell me where I went wrong!