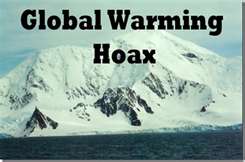 I’ve spent a few days talking about Greenhouse Gases, water movement through the oceans, tornados and other topics along with the idea that increased production of CO2 through human driven sources might be responsible for these changes in our climate. I want to spend today talking why they may not be responsible.

First we have to get a few of the ridiculous arguments against human driven climate change out-of-the-way:

There is one faction that claims temperatures on earth are not rising. In the early days of Global Warming, as it was called back then, there were a number of people who doubted the data about rising temperature. At this point all but the most hardcore deniers admit that the statistic show that temperatures are rising.

Related to this is the argument that antarctica is cooling. This little doozy came from a Michael Crichton novel in which he cited a real report but twisted it to suit the fictional novel. All indications are that antarctica is warming.

Another thing we must accept is that human activity can affect the global climate. The idea that humans cannot affect the climate is utter nonsense. Let me give you a simple example. Every time you take a step you are either increasing or decreasing the spin of the earth on its axis. It is a ridiculously tiny amount but it is real. This sort of statement makes me want to punch people. It’s akin to saying man can’t fly because he doesn’t have wings.

Ok, now let’s get onto some realistic objections. Here is the full Wiki article but I’ll try to sum it up.

There isn’t as much scientific consensus as the media portrays. This is true. There are some scientists who are more lukewarm on the topic than in absolute agreement. They tend to get lumped in the majority who agree human activity is a major driving force of climate change. This gives the percentage number of scientist an unrealistically high value.

The agency that is making up the rules, the IPCC, is biased towards climate change. This is a hard one to prove as the evidence indicates human increases in CO2 production has contributed to climate change. I would suggest there is probably some bias in the process even if not a large amount.

Another argument is that humans are not behind the increases in CO2 parts per million in the atmosphere. Records indicate that CO2 levels have been higher in the past and global temperatures have changed dramatically in the past. This is all absolutely true. There is a possibility that the rise in CO2 in the atmosphere is through natural causes as human contribution is only a small percentage of the whole, about 5% perhaps. It has been suggested that solar activity, not fully understood volcanic activity, and even some source that we do not understand or know about at all is behind the increase.

Ice core samples don’t seem to indicate an exact correlation between high CO2 levels and high temperatures. There is a strong correlation between the two but it is not absolute and there appears to have been times of high temperature when CO2 levels have not been correspondingly high although there is some doubt about this evidence as a whole because not enough core samples have been taken. More sampling, which is currently underway, should establish a more direct causal relationship although there is a chance the current correlation is merely coincidence and further evidence will disprove it.

There is an argument that the temperature taking devices are not sensitive enough and their results are inaccurate. This has largely been disproven but still makes the rounds.

The decrease in sulphate aerosols after they were banned in many nations is an important consideration. These aerosols have a cooling effect and their limitation since the 1970s would seem to necessarily remove that cooling effect and generate an apparent warming trend.

It is argued that the climate is not as sensitive to CO2 increases as suggested. This is perfectly reasonable although it’s possible the climate is more sensitive than models suggest. It’s a tough one to prove or disprove.

Some argue that CO2 is not at all that is responsible for the increased temperature but another source, perhaps radiation or cloud movement, is responsible. The Iris Hypothesis is one such supposition although unproven.

Another reasonable argument is that climate change models are just that models. They are not 100% accurate and there is plenty of room for errors.

One of the biggies is that scientists are financially motivated to produce models that support human driven climate change to finance their researches. There are certainly scientists with agendas and good peer review is always necessary. There are examples of scientists fudging numbers although this seems to be not at all widespread and numbers are largely peer-reviewed and accurate. The Hockey Stick graphs generated the most controversy recently but reviews seem to indicate nothing untoward was done to falsify charts.

The final argument we often see is that the cure for climate change is too expensive and the results of changed human behavior might have no effect in any case. There is a great deal of legitimacy to this argument although if we are going to look it from a purely financial perspective we should also look at the cost of climate change as well.

I’ve gone on a fair bit here and I’ll save my final observations for tomorrow. Hopefully those of you who believe in human driven climate change have a better idea of the arguments arrayed against the concept. 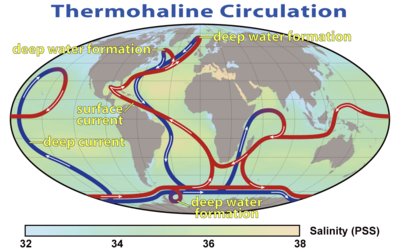