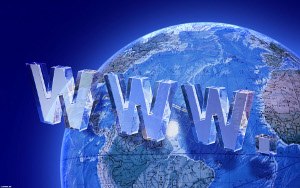 The answer is no as I wrote about yesterday. A government agency with the acronym DARPA invented the internet. DARPA is an amazing agency and a model for everyone to examine. However, today I want to talk about why Al Gore said he invented the internet and his role in the thing you are using right now.

We have to put on time travel caps to head back … back … back to the 1980’s. DARPA created the ability of one computer to “talk” to another and that idea was expanded on many fronts after 1975 until computers all over the world were communicating with one another but, much like the real world, everyone was using different languages. People who had different computer systems could only communicate with others who had the same system. This is where Gore comes into the picture.

The United States Congress at this time didn’t have many members who understood computers and their potential. One of the few exceptions was Gore who had been championing computers since the 1970’s and was described as an Atari Democrat. That’s my kind of guy! Bring on PONG!

Gore introduced legislation in 1986 called the Supercomputer Network Study Act and after hearing a lecture to congress by Leonard Kleinrock began to work on a piece of legislation that eventually came to be called the Gore Bill although was officially titled High Performance Computing and Communication Act of 1991. This bill led to the creation of the National Information Infrastructure for which Gore coined the phrase Information Superhighway. Upon signing the bill President George H. W. Bush said it would help unlock the secrets of DNA, open up foreign markets to free trade, and a promise of cooperation between government, academia, and industry. Probably much hyperbole there but the fact that the internet has changed the world is indisputable. And the fact that this bill with its various funding arms paved the way for what we see today is also not in question.

Funding directly related to this bill helped a fellow named Marc Andreessen create the Mosaic Web browser. The first browser! Andreessen said, If it had been left to private industry, it wouldn’t have happened, at least, not until years later.

Two internet pioneers you’ve never heard of, Vint Cerf and Bob Kahn, credit Gore. No one in public life has been more intellectually engaged in helping to create the climate for a thriving Internet than the Vice President.

Now, as to what Gore actually said on that fateful day he claimed to invent the internet: I took the initiative in creating the Internet.

Not true. He didn’t create the internet nor take an initiative in doing so. I spoke about all that yesterday. However, what he did do was extraordinarily important and the fact that you are reading this today on whatever computer system you have is thanks in at least some small part to Gore. So, love him or hate him, we can’t deny his important influence in bringing together this thing we call the internet.

Hats off to Al Gore!

Another lesson to learn is that sometimes public speakers don’t convey the idea they mean with the utmost clarity and taking their exact words to task to try to paint them in a negative light is something we see all too often. So, the next time a political pundit or politician attacks a rival for an exact quote, take the time to find out what was actually meant. It’s called critical thinking.