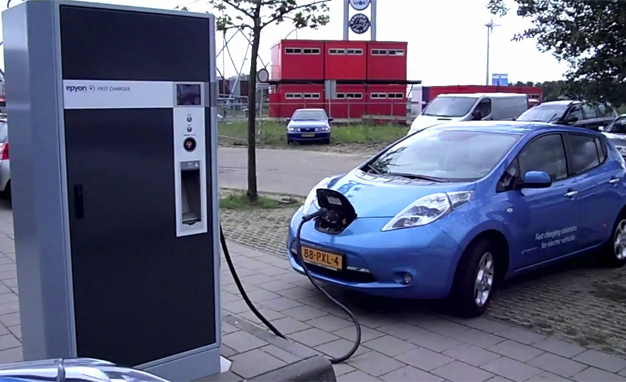 I just read an interesting story about how the owner of a Nissan Leaf plugged his car into an outside outlet of the Middle School where his son was playing in a basketball game. He did not have permission from the school administrators to do so although he had not been denied either. There was no one around and he plugged in.

A police officer spotted the activity and took his information. Eleven days later an officer arrived at his door and arrested him. He was kept in jail overnight and released the next day.

The story didn’t indicate if the police did an investigation and if the school administration wished to press charges. It’s difficult for me to believe this was the case but it is possible. The school might have wanted to set a precedent.

Twenty minutes of electricity is the equivalent of about five cents. There are probably few among us who have not plugged in a device at an airport, a friend’s house, a coffee shop, or any other place where electrical outlets are available. The difference between the incidents is, I think, that the outlets at airports and restaurants are intended to be used by customers. That’s their purpose. The business places them there to be used by patrons. In this case that was not the intended purpose of the outlet.

That being said, I’m not convinced that arresting Mr. Kamooneh was the appropriate course of action. Perhaps a warning was in order. Stealing five cents doesn’t generally rise to level where the police would normally become involved. Stealing is stealing, I agree. I don’t think the officer was out of line to question Kamooneh.

Certainly the resources necessary to pick up Kamooneh, deliver him to prison, house and feed him overnight, and process him cost far more than the theft.

On the other hand I certainly wouldn’t want a neighbor plugging into one of my outside outlets to power their holiday lights.

This is the sort of case where I think everyone would have been a little better off with some common courtesy. Kamooneh should have gone in and asked someone if he could plug-in his car. I’m sure the answer would have been yes. The officer should have told Kamooneh to go get permission and unplug until he had done so.

A little decency, courtesy, and some manners can go a long way in life. I read a lot of stories looking to find fodder for my blog and it seems to me that more often than not if people had just shown a bit of decency and kindness at the first sign of trouble that the ensuing disasters could have easily been avoided.

What do you think? Criminal or not?