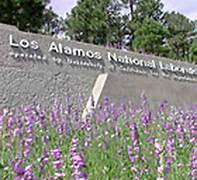 There’s a little story in the back of the various news sections these days about how government spending on our various nuclear program is completely out of control. No one much cares because the beneficiaries of this largess are congress members and private contractors.

Despite what they say, Democrats and Republicans don’t care about government waste when it comes to national security or any company who bribes them by paying for their campaigns, hiring their friends and families, paying for lavish vacations, or simply with straight cash payouts (see below).

What is happening in this case is essential straight-out theft in regards to various nuclear programs in the United States. Contractors working for the National Nuclear Security Administration are under virtually no supervision and feel free to collect taxpayer money by the truckload. The people who are supposed to be watching these private contractors simply take kickbacks on the lucrative contracts they pass out.

Representative Heather Wilson of New Mexico took $500,000 for unspecified consulting work. Work which cannot be confirmed. $500,000 in bribes, no wonder people want to get elected so badly. There’s a hugely over-budget contract for the Los Alamos national laboratory. Right now we’ve paid contractors $213 million dollars and the new systems don’t work. I wonder if those contractors contributed to Wilson’s campaign? If they paid her part of that $500K? Hmm?

Don’t mistake my attack here as one solely on Wilson. I don’t think for a moment that she is alone in all of this. Bribery is rampant in our government. Contractors bid for jobs and collect hundreds of millions, billions of dollars from the government and provide much less in actually product. They use part of this money to bribe the men and women who are supposed to be looking out for our best interests.

The article notes a plutonium plant that is completely unnecessary and congress is only now, under the sequester, stopping a further $6 billion in spending. A further $6 billion? How much have they already spent?

What about the plutonium conversion plant that is $3 billion over budget and unfinished. That’s $3 billion out of a total of $7.7 billion. How does a project get that over budget? Happenstance or intentional fraud and theft? I wish I could steal $3 billion dollars and get fired from the contract as punishment.

Do you know why this is coming to light? The evil, horrible, awful, ruination Sequester. That awful thing that means the government can’t pass out our tax dollars to every greedy contractor who claims to hate big government so much. Who in actuality loves big government and can’t get enough of the green it spews out.

The article states that virtually every single project under the umbrella of NNSA is over budget and behind schedule. The NNSA is a cash-cow for anyone who wants to steal money from your wallet. Your representative is likely complicit in this theft, in reality they orchestrate it.

I said long ago that the sequester was a good thing. I stand behind that statement. Bring it on!