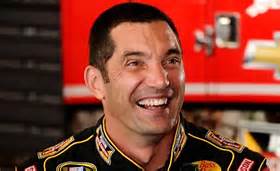 There’s an interesting story in the sports world this morning involving NASCAR truck racing and two drives, Max Papis and Mike Skeen. There was some hard racing in which the two collided but it’s the events after the race that are garnering all the attention.

A woman associated with Skeen verbally accosted Papis and eventually gave him a hard slap on the jaw. Prior to that a crew member who works for Skeen attempted to assault Papis while he was still in his truck. This followed verbal exchanges between Papis and Skeen which included Skeen driving his truck into Papis’s truck.

There is some background here in that Papis is a veteran driver and Skeen is a less well-known and that, according to the comments I read from what appear to be knowledgeable fans, the accident was primarily the fault of Skeen. These factors don’t really effect what I’m going to talk about but I think they are worth noting.

The reason this story is making news is because of the woman hits man angle; but what I want to discuss is more about the double-standard that sometimes exist between men and women.

It is clear that if Papis had struck the woman there would be tremendous outrage. There is some talk about charging the woman with assault and Papis claims his jaw was dislocated but he doesn’t seem to be in a mood to press charges. He simply walked away, a rather bemused expression on his face. If instead, he had hit her back, he would likely be attacked by fans and the media despite the fact that he was hit first.

This is the double-standard. A woman can slap a man and it’s not considered a big deal but the reverse is a major transgression.

A real man does not hit a woman. That’s a man-law that everyone I grew up with understood and in the rough and tumble world of NASCAR I’d imagine the drivers were raised the same way.

I’m all for equal rights. I think everyone should have a fair opportunity in life but that doesn’t, in my opinion, mean that men and women are equal in all things. It means that they should have equal opportunities. Men are bigger and stronger than women on average. Now, there are plenty of women in the world who could beat my 5′ 7.5″ 160 lb frame to a pulp but that’s not my point.

Women get pregnant. Men can be kicked below the belt. Men and women are different from each other physically. Men, as the bigger and stronger of the two sexes, have certain codes of behavior. One of those is that you don’t hit a woman. There are exceptions of course but I’m talking in more general terms.

I’m not excusing the woman in this case. She was completely and totally out of line but not so much as if it had been a man hitting a woman in similar circumstances. Does this make me a chauvinist? Misogynistic?

One of the problems that women face when they declare their desire for equal rights is being treated equally, like a man. I think there’s a middle ground, that women can still be treated as the fair sex, as delicate flowers, with respect; but given equal access to jobs, equal pay.

I have to say, when women act like this, they break down the social contract that men like Papis were taught. Don’t hit a woman. Ever.

It’s a difficult thing when equal isn’t really equal. I don’t think I’ve come up with any great epiphany today. My advice would be to treat women with respect but play hardball with them as well. In the boardroom men and women are equal. When it comes to fisticuffs, not so much.

I think Papis did the right thing and the woman should not be allowed in the pit area anymore but that’s the end of it.

Should the woman be charged with assault? Should Papis have hit her back? Did he show proper restraint? What do you think?