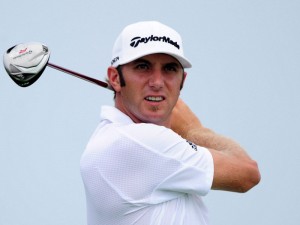 There is a fairly big news breaking in the golf world about a young golfer named Dustin Johnson. Johnson is considered one of the rising young stars on the tour and additionally is dating the daughter of Wayne Gretzky. He recently announced that he is taking a leave of absence from the PGA tour and rumors are flying around. Most of them involve drug use.

What I’d like to examine in my post today is the different ways the various professional and college sports leagues handle recreational drug use. Because most leagues now do testing for Performance Enhancing Drugs they also find evidence of recreational drugs use. What should be the leagues response to a player who uses illegal recreational drugs or who is guilty of any disreputable behavior in general?

There’s a pretty wide variety of solutions out there. MLB doesn’t really care about recreational drug use whereas the NFL has a rather strict structure of suspensions when dealing with such things. College football and basketball have no real rules regarding events of this nature and generally leave discipline up to the coaches in question. This often results in star players being given more slack than those with less talent.

I think one important factor to consider is a leagues responsibility in dealing with criminal violations. Again the NFL is very aggressive in handing out suspensions for activities that have nothing to do with football while MLB and other sports are not so proactive. If a football player is charged with a crime he faces suspension even if he is later exonerated as happened with Ben Roethlisberger.

It is certainly within the purview of an employer to suspend or fire an employee for their non-company related activities; taking into account state laws. If Dustin Johnson used cocaine and the league found out about it through their drug testing program and then suggested he take of a leave of absence is that appropriate? John Daly certainly had more than a few incidents while he was using the legal drug of alcohol and the PGA never found a need to suspend him.

By not having a stated policy these events tend to get handled individually and the player’s value to the team or league becomes a deciding factor. Is this fair? Should a star player be allowed to use legal or illegal drugs when a less talented player faces suspension? It certainly seems unfair at face value but it is essentially the way real life works. If a strong employee makes a mistake they are given more chances. If a weak employee makes the same mistake they are fired. It’s really up to the individuals in charge to make such decisions.

But enough discussion. Where do I stand on all this? I think the PGA gets to make its own rules as does the NFL and all the other leagues. They are not law enforcement agencies. They are not in the position to arrest and criminally prosecute their members. Their responsibility is to their league, employees, and fans. If they decide that telling Dustin Johnson to get some help and take some time off is in the best interest of the PGA that’s their business. If they suspend a lesser player for the same violations that’s also their business. It’s not fair, it’s life.

When things like this are dealt with internally it has an effect on the league or company as a whole. If handling the Johnson situation reflects badly on the PGA they might lose sponsors, fans, and money. If people don’t really care then they will continue to do well. It’s the very nature of personally responsibility. When it comes to things like this people want a strict structure of rules so everyone is treated equally.

In the NFL many are complaining that Ray Rice received a lesser punishment because of his star power. That it isn’t fair. Those critics are right. It isn’t fair. In our rush to make everything fair we remove personal responsibility from the equation. We have hard and fast rules and no exceptions are allowed. We have mandatory sentencing policies which are designed to create equality but end up doing more harm than good.

Life isn’t fair. Transgressions and perceived transgressions must be dealt with by the person who is charged with the job. Students might be suspended for pointing a toy gun or they might be warned. The person in charge must weigh the evidence and circumstances and make a difficult decision. If people don’t like the decision they can complain but when we remove decision making from people’s hands in an effort to treat everyone fairly we end up creating a system in which there is no personal responsibility and in which circumstance plays no role. This is unfair as well.

Dustin Johnson’s membership in the PGA tour is subject to its rules. If you don’t like their rules go to court. Organize a petition or boycott. The quest for fairness leads us down the path of complete abrogation of responsibility and this is a bad thing. Everyone becomes afraid to make a decision and we are paralyzed with fear. Nothing is accomplished. 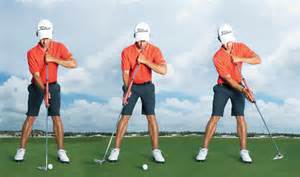 I don’t think most of my friends will be much interested in the recent USGA ban on anchored, or belly putters, but I find the topic quite interesting for a number of reasons. First a little explanation for those of you who have no idea what I’m talking about.

Normally when swinging at a golf ball a player puts both hands down the shaft of the club and swings freely around his or her body. By anchoring a putter the golfer holds the end of the club against his or her chest or belly and swings it in pendulum fashion with the other hand. This has the effect of using the body to stabilize the club. Unless you move your torso, at least part of the swing is going to remain steady.

This sort of putting first started to gain fashion about twenty years ago and I know all about. Twenty years ago I worked at a golf course as an assistant pro. I wasn’t a particularly good player but the best part of my game was putting. I fooled around with anchored putters and absolutely loved them. They help ensure the club face is “square” or at a ninety-degree angle to the face of the ball when contact is made.

At this time the USGA allowed the practice and has continued to do so until now. The USGA decides the rule of golf in the United States while the Royal and Ancient Golf Club makes them for the rest of the world. Yes, the R&A, it’s a real thing you non-golfers.

There is tumult in the golf world about the USGA decision that effective Jan 1, 2016 anchoring will become illegal. Some players have been putting this way for many years and now it is suddenly against the rules. A number of professional golfers are angry about it but that pales in comparison to the PGA’s opinion. Why, you might ask? I’ll tell you why.

It’s an interesting situation. In most professional sports the rules making body is one and the same as the professional league. If baseball says corking your bat is illegal then it’s Major League Baseball making the rules for its game. If the National Football League says lowering your head to hit an opponent is illegal then it’s the NFL making the rule for the sport it runs. It’s not the same in golf!

The USGA makes the rules but the PGA (Professional Golfers Association) runs most of the tournaments. PGA players argue that anchoring the putter offers no statistical advantage and they are right … for professional players who practice putting hours upon hours every day. They get the putter face square to the ball virtually every time. When they miss a putt it’s because they misread the green or didn’t swing at the right speed. For your average golfer the anchoring, if done properly, is undoubtedly helpful.

The PGA could easily tell the USGA that they are going to ignore that rule for their members and their tournaments. Is it starting to sound interesting yet?

Now, obviously, the USGA can make whatever rule they want but just as obviously the PGA can choose to ignore it.

What will happen? I don’t know but I aim to keep watching. Of course, I wouldn’t be me if I didn’t give my opinion on the subject.

I support the USGA’s decision as it’s their right to ban anchored putters, or square-grooves, or certain dimple patterns on a golf ball. I think the rules of the USGA should be followed by the PGA and by the players of the game, even at a casual level. However, I think that if a group of players wants to “give” a putt of less than the length of the grip on the putter, that’s fine as long as they all agree. Winter rules, Mulligan, all of these things are against the official rules of golf but if a foursome agrees to them then what’s the problem? I say let anchored putting fall into the same category. If the group says it’s OK, it’s OK.

Tom Liberman
Sword and Sorcery fantasy with a Libertarian Twist
Current Release: The Sword of Water (follow Jon Gray as he tries to find the legendary sword)
Next Release: The Spear of the Hunt