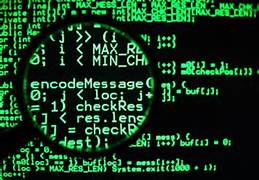 There was an interesting article today in Small Business news about how the United States is not graduating many people who know how to write computer code. We don’t have teachers who can teach computer code.

The article points out that it is a growing field that requires far more people each year than are graduating from college. To a certain degree this is capitalism at work. If there are not enough people to fill a job, the salary for that job goes up and attracts more people.

Here’s the problem. Salaries aren’t going up because there are plenty of people to fill those job. They just aren’t from the United States. In countries like India, China, and Russia they are graduating large numbers of people with coding skills. The rest of the world is churning out scientists while the U.S. has a smaller and smaller percentage of their college graduates filling these niches.

As I’ve said before, I’m thrilled that the so-called Third World is changing their society in a capitalistic fashion. It’s great that China graduated seven million students from college last year. That India and the European Union are growing as well. When the world becomes filled with educated people who can do technical jobs with a high level of skill it helps everyone. That’s a great thing.

Women are becoming empowered. The birth rate and population growth is slowing and may soon even become negative! These are good things for our world.

What’s bad is that the United States is in danger of falling behind. We still graduate many students with scientific degrees, with the ability to write computer code, and who excel in all fields. That being said, the trend is not looking promising.

The success of the free market and capitalism is infecting the world. Oppressive nations cannot hide the lifestyle of those who live in modern, western countries. People who see that it can be better, want it better. The internet has made the world aware that it’s possible to have a good job, a nice house, and plenty of food.

This change has inspired nations like China and India and that’s good.

If China, India, and other nations start to produce all the best scientific minds, the best computer programmers, the finest researchers, and the most strident capitalists; what will happen to the United States? Will we be the world’s leading economy? Will we be wealthy and prosperous?

We face challenging times in the United States.

While our politicians play games and offer false solutions we sit by in idle leisure, generally happy with our lot in life. We have a roof over our heads, food in the pantry, and entertainment to consume. We are content to blame the other party for all ills without bothering to look in the mirror.

I’ve talked long enough about problems. What can we do to stop this trend?

I offer no easy solutions. Teach people critical thinking skills from kindergarten on up. Teach people how to think. Give them the tools they need to succeed in life. People with critical thinking skills realize that learning to write computer code will guarantee them a job and a decent salary in the modern world. They will not blame everyone else for what is wrong with their lives. They will not end up in a dead-end job and a miserable life. They will enrich their own lives and the lives of everyone around them.

The years are rolling past and time waits for no one. The modern world requires people literate with technology. The societies that produce the highest numbers of these people will become dominant. Those that do not will fall by the wayside. Not this year, not next year, but the wheels are in motion.