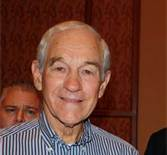 I couldn’t let this one pass without comment. The Republicans are planning on having a Ron Paul tribute at their upcoming National Convention but would only allow Congressman Paul to speak if he agreed to have his speech vetted by the Romney campaign team and only if he fully endorsed Romney. Congressman Paul, of course, said no thanks.

A tribute to a man and he’s not allowed to speak? Seriously? Congressman Paul will be giving a speech nearby.

Meanwhile, the Romney campaign continues to do everything it can to keep properly appointed Paul delegates off the floor and away from the campaign. It is shocking hypocrisy but nothing I find unusual, sadly.

I only wish Paul, and his son Senator Rand Paul, would just leave the Republican Party once and for all and join the Libertarian Party. Their thinking, not wrongly, is of a practical aspect. They believe they can do more to influence the country from within the ranks of one of the two major parties than they can from outside of them. I think they’re wrong but it’s certainly their decision.

The two parties both are tied irrevocably to moneyed interests and have little to nothing in common with Libertarian ideals. Both parties try to talk about the principles of real men like Barry Goldwater and John F. Kennedy, of small, less intrusive government, of noble government, but both parties support massive, corrupt, and intrusive government in virtually all of their policies.

A Ron Paul tribute in which the honoree is only allowed to attend if he bows down and betrays his principles. That’s the current condition of the United States of America. What a shame. What a terrible, terrible shame.

Only you can change it. Don’t vote Democrat or Republican. Vote Independent.