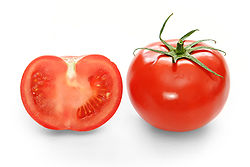 Secretary of State Clinton paid a visit to Egypt the other day and was greeted by protestors some of whom threw tomatoes and shoes at her caravan as she drove past. At issue was the United States supposed support for the Muslim Brotherhood during the recent Egyptian elections.

The main group protesting Clinton’s visit were minority Egyptians including Christians who make up about 1% of the population. They are justifiably concerned that the Muslim Brotherhood might try to impose religious Sharia Law on them after years of relative secularism under the previous regime.

Hosni Mubarak and his predecessor Anwar Sadat ruled Egypt through the military and brutally suppressing dissidents but largely, after the peace treaty of 1979 ended the Isreal-Egypt war, were allies of the United States and allowed religious freedom although the judicial system includes a number of Sharia elements.

I’m a little divergent from my main topic here but now I’ll get to the point. During previous regimes if a protestor was to throw tomatoes or shoes at one of the dictatorial officials there was every chance they would be arrested, tortured, and even murdered while in prison. That’s what dictators do when they have absolute power.

The fact that dissidents were allowed to protest, not even completely peacefully, without facing arrest and incarceration is a huge step in the right direction. Any freedom loving government not only must tolerate protest and voices against the current regime but they must embrace them! This is the essence of free society and the heart of the First Amendment to the Constitution of the United States.

The First Amendment, among other things, guarantees that people can speak out against the government without fear of arrest (Freedom of Speech) and can assemble peacefully to protest said government without fear of prosecution (Right to Peaceably Assemble). That we see these principles in Egypt is a great sign although it certainly doesn’t guarantee anything in the future.

A representative republic is a messy form of government where people are allowed, I would say encouraged, to protest peacefully and speak out against the current government without resorting to violence. This ability means that voices of change are not suppressed, that real ideas enter the mix, and that people are not eventually incited to violent rebellion because they are legally prevented from expressing said ideas.

So, I say to the Muslim Brotherhood and Mohamed Morsy, well done. Good start. Keep it up! The Arab world is watching and you have the opportunity to lead it away from its current horrific violence and terrorist nature. Don’t be afraid of dissent. Embrace it! You can change the Arab world from one of violence and hate to one where people can go about their business, raise a family, hold a job, go to the beach, and otherwise lead their lives without trying to kill one another and their perceived enemies.