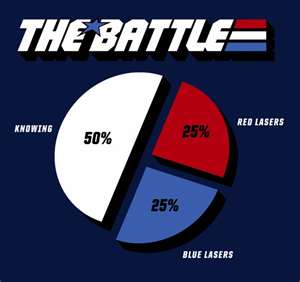 Dumb platitude week starts off with this gem that’s been making the rounds on Facebook of late.

Don’t ask for a lighter load, pray for a stronger shoulder.

First let’s examine the meaning of the platitude and then I’ll move on to why I think it is unhealthy and destructive. Basically, it is saying that life is difficult and rather than proactively trying to make it easier, simply accept the burden.

A charitable interpretation might be that it is encouraging people to struggle past obstacles rather than give up. This is a reasonable platitude but I don’t see that as being the meaning here. To me, this is something that the sadistic boss would say to the meek employee.

The reason I think it is destructive has everything to do with Libertarian ideals. It’s might seem backwards as individual freedom and achievement is one of the main themes of Ayn Rand and the Libertarianism as a whole, but there is nothing in the philosophy that tells a person not to ask for help when it is required.

If we look at this statement in a more objective fashion let’s examine the results.You are given a heavy load to carry. It is too heavy, you aren’t going to make it. Rather than simply ask a friend to help with the load or ask for a lighter assignment you simply struggle through and eventually collapse or injure yourself. Not good.

When I worked at the golf course years ago one of my friends was the assistant pro. At a golf course you work long hours and weekends over the summer and thus miss most of the summer holidays. My friend’s family had a lake house and he complained to me that he never got to go because he was always assigned to work. I simply advised him to ask for Independence Day off but offer to work another day in return. Can you guess what happened? Of course, he got the weekend off and had a great time with his family.

Even more destructive is the idea that prayer can lighten a load. The load is going to weigh the same no matter what (unless we take it to the moon or some other body where gravity is increased or diminished). This, by the way, is a good experiment for those who believe in the power of prayer. Pray all you want the chair on which you sit will turn to gold. Not going to happen. Prayer, like a placebo, can be effective but only when the person praying or being prayed for believes it. The chair doesn’t think and therefore isn’t going to change to gold. It is important to understand this, no matter how many million people pray for that chair to turn to gold – it never will. Never.

If we don’t ask for the things we want then no one is going to give them to us. This is a central theme of Libertarianism. We can’t expect people to give us things and if we work hard and don’t ask for a prize we aren’t going to get it.

So, for this platitude I would substitute: When the load is too heavy, lighten it.

Or: God helps those who help themselves. I strongly urge you to follow this link to learn about that platitude. You will be surprised.

Speaking of which, my mother sent me an email in partial disagreement over a recent post. Hey, mom! I’m trying to drum up publicity for my books, don’t send me a private email, comment! Let’s get some controversy started.

12 thoughts on “Don’t ask for a Lighter Load, Pray for a Stronger Shoulder”