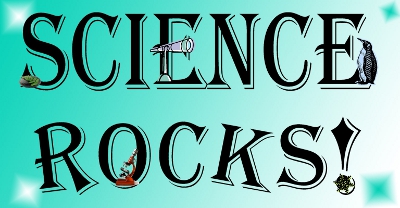 Yep, you probably guessed it. Geology. It’s probably not the most exciting of the sciences but its study has incredible implications as far as they way we think about our world. And by that, I mean it presents tremendously strong arguments for critical thinking and against faith based thinking. That’s why I’m going to devote the last day of Science Week to Geology.

Geology is the study of solid Earth, the rocks of which it is composed, and the processes by which it evolves. Simply the study of the planet we live upon. This study is a critical tour de force destruction of the proposals of the Bible and faith based thinking as a whole.

It is also important in preparing for natural disasters and is a great hobby for those of you who like to collect rocks like Andy Dufresne. It also leads to Paleontology which is a super cool science! Who doesn’t like dinosaurs?

But, onto the real reason for my post. How geological discoveries contradict faith based thinking with tremendously strong evidence. Now, there are faith based thinkers who are happy to acknowledge the Earth’s age of 4.7 billion years and allow for a deity that created the universe but those aren’t the thinkers I’m talking about here. I’m talking about those who take the bible as the literal and absolute truth.

Literal translation of the Bible places the Earth around 6,000 years old based on a counting of the ages of fathers and sons for many generation. A simple look at the stratification of river canyons seems to obviously indicate long periods of erosion which strip away layers of earth each with their own characteristic colors and compositions. This is called the Law of superposition. Basically, lower layers are older. It’s really quite simple, intuitive, and obvious. It’s only when we have faith based thinking wherein it must not be true that people find convoluted explanations that contradict the evidence.

This law is further reinforced by something called the fossil record. The idea is that in each layer of the earth we find fossils. The lower we go the more primitive the species that are found. This is called the Principal of Faunal Succession. For example, in the stratified layers that contain dinosaur fossils we find no human fossils. This is tremendously strong evidence that dinosaurs existed long before humans which contradicts literal Biblical translations. This method is so powerful that geologists can look at the fossil record, pinpoint a “missing link” and then go find a layer of the earth where that creature should reside and soon enough, they find it. This has happened again and again.

It seems patently obvious to me that if all animals were created at the same time, as suggested by literal biblical translations, they would be evenly distributed through the layers. They are not, this is fact.

There is also something called Relative Dating which again shows a particular sequence of rock layers one piling upon the next the whole world around. Absolute Dating is a method by which a more precise age of rocks is determined. There are various methods each which present further strong evidence of the age of the earth and the progression of fossil species in each layer.

Geology also gives us the field of Plate Tectonics. Any five year old when first presented with a globe immediately recognizes that North America and South America fit together like pieces of a puzzle with Europe and Africa. Plate Tectonics shows us that the earth is a fluid place with the continents drifting. Again, this is fact. This also goes into the Faunal record where we find a species in bands that include South America and Africa clearly indicating the two were once joined. If the two were always separated then one species would not exist in both places. We find this evidence again and again in the fossil record.

It doesn’t take even a modicum of intelligence to put together the pieces. But, faith based thinking doesn’t want the earth to function like this so it is forced to come up with bizarre explanations for easily understood phenomenon.

Plate Tectonics also explains why we find little fish-like fossils high in the mountains. Faith based thinking tells us there must have been a flood. If that was the case, of course, we would find fish fossils of many different, modern species in the mountains. We don’t. We find only ancient species. It’s all so apparent once you eliminate your preconceived notions and look at the simple facts.

That’s my point today. Use your critical thinking skills. Look at the evidence, make strong conclusions. This sort of thinking is not just about geology, it is about how you lead your life, the decisions you make, and ultimately how much happiness and success you have.

Thanks for reading and I hope you enjoyed Science Week. Next week is Dumb Platitudes I saw on Facebook week so stay tuned for the fun!