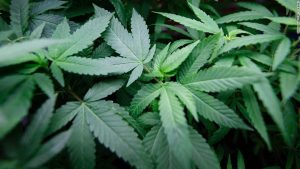 Trump dropped the big one. No, not Health Care. Medical Marijuana. I’ve been speaking with friends about this issue since before the election and I’m of the opinion it has the greatest potential to destroy the United States. My friends mostly laugh at me but read on and see if I’m being an alarmist or not.

Legal marijuana. President Trump and his Attorney General, Jeff Sessions, have been talking about enforcing the federal marijuana laws against states that have legalized or decriminalized it.

Why is this such a potentially destructive issue? Because it brings State’s Right to the front in a way we haven’t seen in generations. A number of states have made their will apparent. The people of those states want legal marijuana. The federal government disagrees. The question then becomes how the federal government enforces the restriction. That’s what I believe to be extremely dangerous.

There are some nonviolent methods available to the federal government. Banking restrictions on the funds generated by legal marijuana for example. That being said, the main option the federal government has is interdiction. This means sending federal Drug Enforcement Agency officers into various states to arrest owners and employees of such stores. This means there is the potential, I would say likelihood, of law enforcement officers for the various states defending these locations. That could easily lead to armed encounters.

When was the last time brother fought brother in the United States? I know I’m sounding a shrill alarm and nothing has happened to date. I’ve been listening to the words of President Trump since he was campaigning and I’ve also read much of what Attorney General Sessions has said in the past. They are both strong believers that drugs are tearing the fabric of our nation apart.

I disagree, it is the illegal status of drugs that is causing all the problems. If we followed the various state’s leads by decriminalizing drug use, this entire problem would largely resolve itself. That clearly does not seem to be the aim of this administration. They want heavy-handed law enforcement. I, for one, don’t doubt the resolve of the people of California, Colorado, Washington, Oregon, and other states who have made marijuana legal. I don’t think they’re going to simply back down.

If the states refuse to back down, then the federal government has two options. They can reverse course and stop enforcing marijuana crimes or they can escalate the situation by sending in more troops.

If hostilities between federal and state law enforcement agencies becomes a reality, that is a serious issue. It could potentially destroy the United States as we know it. The western states could simply leave the Union. Another Civil War could begin if the remaining states decided to prevent such an exodus.

Again, I know I’m setting off extreme alarm bells here. I’m probably being overly dramatic but this is the first time in my life I’ve seen the potential for armed conflict between the federal government and the various states. Once that starts, it’s impossible to predict how or where it will end.

All over a simple weed that grows just about everywhere in the country. All over one group of people who think they should be able to tell legally competent adults not to smoke it.