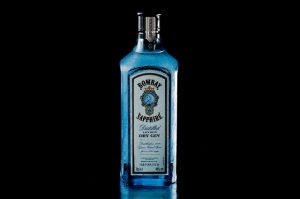 The Canadian Food Inspection Agency recently issued a recall order of a batch of the delightful, I speak from personal experience, Bombay Sapphire Gin. It turns out one batch was bottled before it was diluted leaving it at double the alcohol content. Jokes aside, having twice as much alcohol in a bottle is a dangerous situation. People will drink far more alcohol than intend. The recall is appropriate.

Now, I’m a Libertarian so you’re probably asking yourself why I would be talking about this situation. It seems to be an advertisement for government oversight. What the headlines and even the articles themselves fail to mention is who noticed the problem and reported it. It wasn’t until I actually followed the links back to the recall statement itself that I found out what I suspected the moment I read the headline. Bacardi themselves discovered the error and reported it.

I strongly suspect most people will assume exactly the opposite. People will believe the CFIA routinely tests all batches of food and alcohol and they noticed the issue. Nothing could be further from the truth. The agency doesn’t have anywhere near the money or facilities to perform that kind of testing. They rely on reports of illness and the vendors themselves.

This illusion the CFIA, or a similar agency, is on the watch looking for any contamination or other problem with your food gives the impression of safety. It doesn’t actually make you any safer. The people of Canada are no safer today than if Bacardi themselves had issued the alert. The same goes for almost every case of food poisoning. The agency issuing the alert is merely following up reports that would have made their way to the media in any case.

It’s in Bacardi’s self-interest to report the problem. If someone drank too much of the doubled content and died, the lawsuit to follow would dwarf the cost of the recall. Not to mention the fact the executives at Bacardi are quite likely decent human beings. They don’t want to hurt anyone. They want to provide a product that people enjoy, and do they ever!

I won’t deny that in some situations a cover-up occurs when some terrible oversight happens. But the agency doesn’t even help in that situation. If Bacardi hadn’t reported the problem to begin with, there is no way the CFIA would have noticed unless people started to talk about the issue. And if that had happened, it would have spread around the internet like wildfire.

Public perception is my problem with this entire incident. The article gives a completely false impression about what happened. It would have been so easy to explain the reality of the event within the article. I will give credit to the CFIA who mention this reality in their alert.
And, for full disclosure, I prefer my Bombay Sapphire Martini made in the following way.

Gin should be stored at room temperature. Pour dry vermouth in shaker with ice. Shake lightly. Pour out vermouth leaving residue behind. Pour in Bombay Sapphire. Shake vigorously until intensely cold. This waters down the gin taking off the edge while infusing the remaining vermouth nicely. Pour in martini glass, add green olive. Serve. Enjoy.