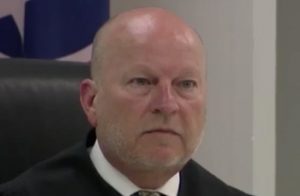 There’s an interesting situation going on in Tennessee where Judge Sam Benningfield is offering reduced sentences for criminals who partake of freely provided birth control. Vasectomy for men and Nexplanon for women. For men, this largely means permanent sterilization and for women the device lasts for about four years. Naturally, there is an uproar.

I think Judge Benningfield has it partially right. I don’t think we should be offering free birth control to convicted criminals, we should be offering it to everyone! What would the world be like if no woman became pregnant with an unwanted child, if no father impregnated a woman when he didn’t want to have a child? The answer is quite clear; much, much better.

I think the benefits of such procedures, performed free of charge for the asking, cut through political divides on all sides. Hey, conservatives, that’s it; no more abortions. Or at least only in quite rare circumstances. Birth rates among illegal immigrants and generally the poorer segments of society drop dramatically. Hey, liberals, child abuse reduced dramatically, orphanages emptied, crime rates plummet, the poorest segment of society has a much better chance to improve their circumstances.

When every child is a wanted child we eliminate any number of societal problems. The population of the world will stabilize at a quite sustainable level. I’m of the opinion we should temporarily sterilize everyone as soon as they reach puberty. Then, later, if anyone wants to have a baby, reverse the procedure at no cost. That’s probably too extreme for most of people out there but I think the changes it would bring to the world would be dramatic and wonderful.

Another thing I find particularly interesting are those railing against Judge Benningfield and those supporting his decision. Those who find it distasteful are generally for freely available birth control. Those who think the judge is right are almost universally against free birth control. Judge Benningfield is offering free birth control to a segment of the population. The problem is largely the carrot offered, reduced jail time. Thus, people are presumably getting sterilized who actually want children. I argue most of the people lining up for the procedure have no desire for a child and the only thing that kept them from doing it themselves is the cost of the operation.

What I’d really like people to examine is your own feelings on the ideas of freely available birth control and the situation in Tennessee. Why do you support one or the other? Why do you oppose the ideas?