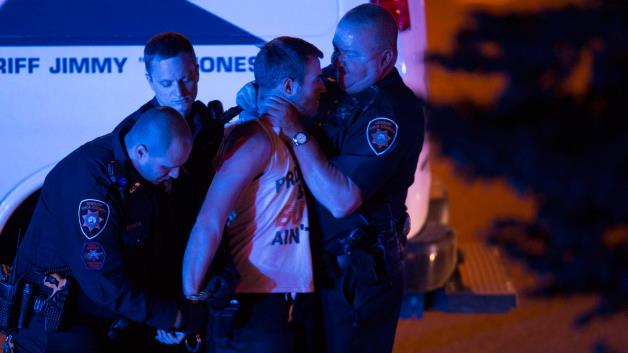 I’ve posted a number of times about how important it is for people in authority to not only reward good behavior but also discipline those under their command. Too often we read about police agencies bending over backwards to protect officers to keep pure the reputation of the force.

Well, thanks to Sheriff Jimmy “J. J.” Jones of the Knoxville, Tennessee county police department I’ve got a different story for you today. Sheriff Jones doesn’t put up with rogue officers and fired Officer Frank Phillips upon reviewing photographic evidence of his abuse of a handcuffed student.

Jones made it clear his office does not tolerate excessive force and also promoted the idea of body-worn cameras on officers uniforms as a way to keep such abuses in check.

I have no doubt that many people will suggest that Jones is merely firing Phillips because there is photographic evidence and that such abuse goes on frequently. That Jones generally tolerates such use of force.

I don’t doubt that officers do abuse suspects but proving such cases is difficult because many criminals make up stories of attacks. I’m more than willing to give Jones the benefit of the doubt and I hope the people of Tennessee recognize that they’ve got one of the good guys in charge of their force.

There is no doubt in my mind that the action by Jones will attract a better class of person to his department. When leaders stand idly by or even actively protect such sadistic officers it is to the detriment of all good police officials. Every officer in Knoxville who takes seriously his or her oath to protect and serve will applaud this action. More good men and women will be attracted to a leader like Jones who expects his subordinates to behave with ethics and morality.

Law enforcement officers must be seen as a force of good in any country or they slowly become a force of evil. They stop protecting and serving and start abusing and degrading.

Every time someone like former officer Phillips is allowed to treat suspects in this manner is another nail in the coffin of our country. When we stop respecting police and the courts we start to become a lawless nation where anyone will do anything to get ahead.

A big tip of the hat to Sheriff Jones from this blogger. Well done, sir. You’ve not only improved your police force in Knoxville but you’ve set a shining example for the rest of the command officers around the United States. You’ve made our country a better, safer place.