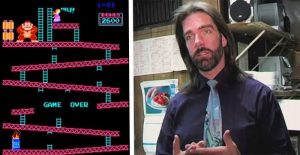 There is a story making its way to near the top of the various news sites about a fellow named Billy Mitchell who had his world record Donkey Kong scores invalidated and removed from the site that listed them. What I find interesting about this is that it is mainstream news. I’m sure lots of people didn’t notice it, but the fact it has stayed near the top of my news sites indicates clicks.

I’m not interested in a highly technical discussion about how Mitchell was caught cheating and why the records were revoked. What I’d like to talk about is why the news is generating a lot of interest and what that means to me personally and to society as a whole.

I’m a gamer. I love playing games, watching others play games on Twitch.tv, and I played Donkey Kong in the arcade back in the day. It wasn’t my favorite game, I was a Tempest master, but that’s not the point. Back in those days gaming was a very small subset of culture in the United States and around the world. Most of us were considered nerds. Sure, a few people cared about setting records but not many.

As time has gone on the world has embraced the gaming culture. We are in a Golden Age of both video games and board games. Thanks to Crowd Sourcing, independent designers can create and distribute games that would never have seen the light of day even ten years ago. There are games for people of all different interests and they are relatively cheap. You can venture over to Steam or GoG and purchase an independent game boasting great reviews and in a genre that seems appealing for as little as ten dollars or even less.

This broadens the appeal of such games beyond the traditional young male audience to which I once belonged, I’m old now but still male. This means stories like that of Mitchell and the faked Donkey Kong high scores are making the news. That’s a wonderful thing. Why do I think so? Let me tell you.

One of the driving ideas behind my Libertarian ideology is that people should lead their lives as they choose and associate with others who enjoy the same things. Playing games is an activity that I think everyone enjoys as children. It is a glorious pastime that enriches our lives and helps us learn. Board Gaming was big fifty or sixty years ago with Monopoly and Risk but with nothing compared to the audiences we have today.

Far more people and a much higher percentage of the population are gamers now. They can play their games in person or over internet connections with each other no matter where their physical location. Friendships are being forged, competitions like the quest for the high score in Donkey Kong are raging, and people are having a tremendous amount of fun.

We have this one life to lead and we should try to cram as much fan as we possibly can into it. Gaming is one way to do that. The fact that more and more people are discovering the joy of adult gaming is a wonderful thing.

I encourage everyone to create an account at Steam or GoG or head over to Board Game Geek and find an inexpensive game in a genre that looks appealing. Give it a try. The next thing you know you might be reading complicated technical articles on how people caught a cheater at Donkey Kong, and, trust me, no one will be calling you a nerd, they’ll be laughing and having fun with you.