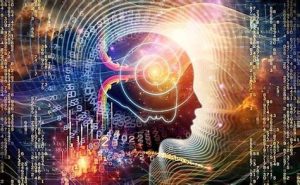 I’m going to start with the obvious, a table at my side. It is a physical reality in this world. We can see a table, we can set things upon it and see they stay where they were placed. We can measure the length of the table, we can weigh the table, we can chip off a piece and put it into a spectroscope and make many physical determinations as to its base nature. A table is made up of particles that can be detected in a variety of ways.

Now to the less obvious. Love is a word we use to describe a sensation we get from chemical and biological reactions in our body to various stimuli the world provides. We cannot detect it with scientific instruments nor measure it in any way other than description. Numbers are likewise human constructs which have only a metaphysical presence in this world. This is not to say that love and numbers are not extraordinarily useful in this world in which we live. Both allow us to communicate and understand one another. Both allow human society to function at levels it could not without them. They exist but as human constructs, not as physical entities.

If all humans were to be eradicated there would be no more love or numbers. It is the argument about the tree falling in the forest if no one is there to hear it. In the physical world the tree exists and the sound waves created from its falling and impacting on the surrounding terrain can be detected, even if there is no one there to make such measurements. If no one is there to express love or talk about numbers, they simply don’t exist. They are not available to be measured. The table still exists even if there is no one to see it. It is there in a way love and numbers are not.

The problem with a deity is that it is largely agreed we cannot detect it any way. This is a more modern attribute assigned to an all-powerful entity but is a natural outgrowth in our scientific ability to understand the nature of things. The greater our capability to see the hidden the more god must hide, simply because such an entity is a construct of human minds. It is equivalent to love and numbers. Useful, certainly, but not physically real.

A deity can no more inspire people to write a book than the number zero can inspire Stephen Hawking to write a paper on black holes. The number zero comes from humans, not the reverse and the same applies to god. Both are metaphysical.

We cannot, or at least in my opinion should not, assign physical characteristics to things constructed by the human mind. Those things come from us, they don’t have an existence outside those we’ve assigned to them. They cannot take action upon the physical world. We cannot rest a cup of coffee on god’s shoulder nor can we put a glass of water upon love or an infinitely long list of numbers.

That which we construct in our minds as non-physical cannot interact in the physical world. This seems self-evident to me. The number zero cannot feed me physically.

God can, and most certainly does, exist in the minds of many people. People have done and continue to do many things based upon that metaphysical construct. This is unimportant.

God is not physically real and can have no influence upon this universe, this galaxy, this solar system, this planet, or me. Any such influence is undertaken by people who assign attributes to such a deity and modify their own behavior accordingly.

One thought on “Of Physical and Metaphysical or an Examination of God, Love, and Tables”