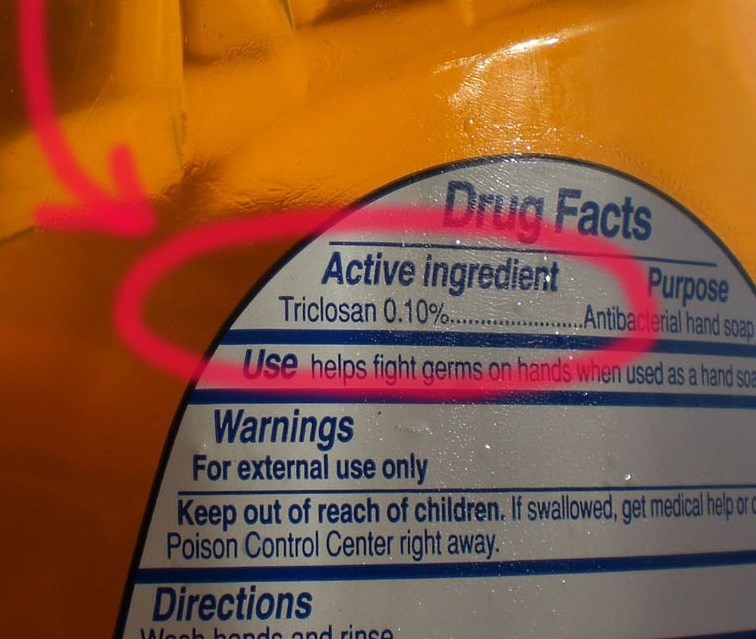 There’s a rather interesting news story about how the state of Minnesota has banned the sale of a chemical called triclosan that is used in anti-bacterial soaps. It gives me a good opportunity to talk about who best protects us: the federal government, the state, or our own purchasing habits.

The Federal Government through the Food and Drug Administration regulates a huge variety of products. Frankly I’m not really sure that this power should exist. The justification is that certain products are inherently harmful and the government should protect us from such things. The FDA has protected U.S. consumers from products on a number of occasions including the infamous thalidomide case.

The justification for the very existing of the FDA can pretty clearly be traced to the free press and journalists like Upton Sinclair who wrote books like The Jungle. When the people of the United States started to become aware of the things that were put into their food they clamored for remedy from the government. Thus did Theodore Roosevelt bring into existence what today we call the FDA.

Interestingly Sinclair himself, an avowed socialist, did not support the creation of this bureau claiming that all it did was help industry and put a $30 million dollar burden on taxpayers. One wonders what he would think of the fact that the FDA currently has a budget of $4.36 billion dollars and is the agency that oversees 25% of all consumer goods sold in the U.S.

This is where states like Minnesota came into the picture. While the Constitutional argument for the FDA has already been decided and vast powers given to the federal government I think it is without question that a state has the power to make such regulatory decisions.

The powers not delegated to the United States by the Constitution, nor prohibited by it to the States, are reserved to the States respectively, or to the people.

This power of the state often drives federal law as we are seeing with marijuana.

I’m a Libertarian and have strong doubts about the FDA as a whole. On the other hand, I have no doubt that the quest for profit leads industry to shortcuts and that these shortcuts can be, have been, and continue to be dangerous to the citizens of this country.

I’m generally distrustful of government. I’m also aware that industry will knowingly put me in harm’s way to increase profit.

Where does this leave me? Leave us? Leave our nation?

Good questions and there are no easy answers.

One step in the right direction is the transparency engendered by the internet. The more information we have the better decisions we make. If we know how the animal is being treated we change our purchasing habits, thus the rise in Free Range farmed animals.

In the end I think solutions arrived at by transparent, real capitalism (not Crony Capitalism) are probably the best, imperfect though they are. If we allow politicians to dictate things outside the purview of the Constitution we are asking for trouble. If we allow industry to make decisions while hiding the dangers of their products we are asking for trouble. Until recently we had to rely on the government to curtail industry for the most egregious violations.

I’ll make one final argument and then be on my way. While the state of Minnesota is going forward with the ban of triclosan the reality is that because of public outcry the companies that make soap were already phasing it out of production and offering triclosan-free products. That’s the power of the people. That’s power that works, not always quickly, not always in time to save every life, not perfectly to be certain. What other good options are there?