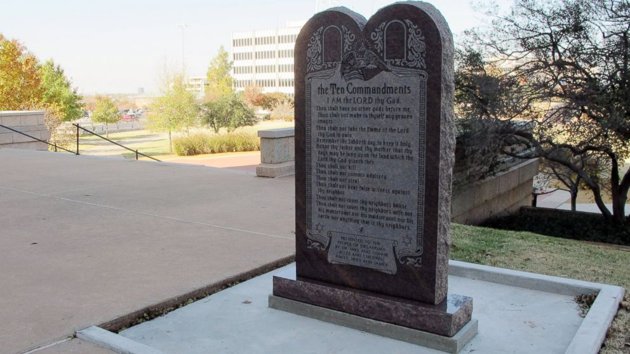 I came across an article about how a group of Satanists want to put up a monument outside the Capitol Grounds in Oklahoma City. The Oklahoma legislature placed a Ten Commandments statue on the grounds in 2012 and now the Satanists want equal representation.

This comes as no surprise to me. It’s only natural that when one religious group gets to build a monument on public grounds that everyone else will want to join in on the party. The article did lead me into an investigation of Satanism as a whole and I was particularly struck by the beliefs of what are called Theistic Satanists.

There are other forms of Satanism but Theistic is the commonly associated ideology.

They believe that Satan is an actual entity to be worshiped. This is somewhat in lines with Christianity where Satan is certainly a real figure although to be loathed rather than loved.

A Theistic Satanist believes strongly in the power of self and the pursuit of knowledge. The biblical story of Satan has him exhorting Adam and Eve to eat of the Fruit of Knowledge so that they can fully understand and pursue their lives rather than live sheltered half-lives in the Garden of Eden. Very Libertarian indeed. They do not know evil and therefore cannot truly understand the nature of their lives.

They also tend to think that Satan encourages self-improvement. That Good and Evil are defined as ideas that benefit or harm mankind. This contrasts with the more biblical view in which Good and Evil are defined by submission or rebellion from God’s will. This also is line with ideals promulgated by Ayn Rand who wants us to do our best in everything and that by achieving we make life better for our society and those around us. They argue devotion to God’s will is meaningless to the true definition of Good or Evil. That defining Good as being submissive to God undermines individuality and a person’s best interests.

The Bible often equates evil that happens to people as being inflicted by Satan and Satanists view these as tests which make them stronger. That overcoming adversity is the fire that makes us strong and these challenges are brought on by Satan.

Many Satanists believe in magic and some in animal sacrifice although I see no particular connection with a Libertarian in either regards.

Of course, I think it’s all nonsense. I’m an Atheist. God is not real nor is Satan. Our lives are what we make them. Tests in life come through the natural course of events. Our parents will die, our friends and family will face illness and misfortune. Adversity is the price of life and not brought on by any outside agency.

As to the monument? I suppose if you allow one religion to mount something you’ve got to allow the rest.

I suppose this is what I get for reading so many news stories.

4 thoughts on “Was the Biblical Satan a Libertarian?”