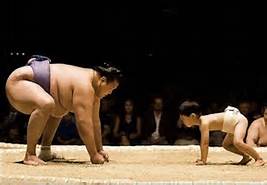 For those of you who are college football fans, this was a grim week. There were very few games of much interest and there is a reason for that. Money. Money for everyone except the players but I’ve written about that inequity enough. Today’s blog explores the reasons we have college football games that are not competitive around this time of year.

The top college football teams are increasingly moving into what are called super-conferences. These are powerhouse conferences with the best teams. The other conferences cannot and largely do not care to compete. The only way to compete in these super-conferences is to generate revenue. Bigger stadiums, better locker rooms, and more television exposure gives players a greater opportunity to showcase their talents for an eventually payday in the National Football League. It also generates huge revenues for the schools involved and the NCAA in general. Billions of dollars.

As college football teams and conferences settle into this model their schedules become all the more important. The conference schedule is when the teams in these new super conferences play games against one another. Generally this starts to happen around the fourth and fifth week of the college football season.

Many of these super-conferences are split into two divisions with the winner of each division playing in a massively lucrative championship game. As the stadiums get bigger, as the television contracts get larger, and as the luxury boxes get more expensive; the revenue rises. The schools want more revenue and this is quite natural.

After the conference championship game comes the Bowl Season. To determine who plays in what Bowl Game a series of six mathematical formulas are calculated based on team wins, points scored, points opponent scored, strength of schedule, and other factors. These results are averaged with human derived rankings called the USA Today’s Coaches Poll (current coaches) and the Harris Interactive Poll (made up of former players, coaches, administrators, and current and former media members).

Starting next year the top four ranked teams will play in what is called the College Football Playoff system which culminates in a Championship Game hosted by the venue that bids the most. More money.

The pursuit of this money means that teams from the super-conferences don’t want their schedules to be too difficult in the non-conference season. They pay teams from smaller conferences to come in and serve as practice dummies. Thus we have a few weeks of largely uninteresting college football.

It’s not completely boring, there are always a few competitive games among those in the super-conferences but it’s generally a poor couple of weeks for the fans.

College football with its super-conferences and playoff system is becoming a professional sports league. I think that eventually the polls and ranking system will be removed, the winner of each division within the super-conferences will play a championship game, and the winner of these games will compete in a playoff to determine a National Champion.

Is this a good thing? Do we need a junior NFL or should college football be for the kids? These are largely irrelevant questions. The lure of money is too strong.

Those colleges that don’t want to participate will continue on in the traditional way and those of us who appreciate the noble nature of athletics played for the sheer joy of it will turn to the Army-Navy game and the Harvard-Yale tussle. Personally, I’ll head on down to Francis Field on a cool November day to watch the Washington University Bears take on the Case Western Reserve Spartans.