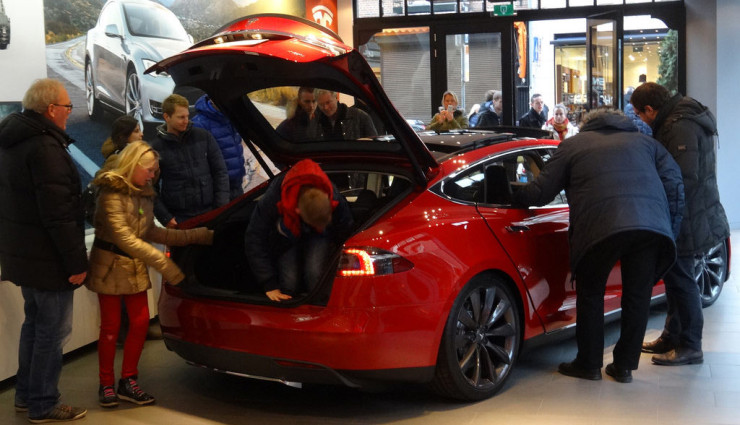 New Jersey became the third state to ban sales of Tesla cars because they refuse to be part of the franchise system. Texas and Arizona have already instituted the ban based on the idea that in those states you are required to be a franchise in order to sell cars.

I wrote about this issue back in August and spoke about how this new model of selling cars hurts those who pay franchising fees and those who collect those fees. In short, politicians in many states have set up a system wherein anyone who wants to sell cars must pay a bribe to the state in order to have a license. Those who cannot afford the bribe or do not want to pay are not allowed to sell product to consumers.

There’s another aspect to the story. Car dealers make most of their money through service calls and financing, not sales. When people take their car to the dealer for routine maintenance and repair they pay a premium for such service.

If the Tesla method of selling cars catches on; this lucrative form of revenue decreases dramatically. The loan portion of the industry is also severely damaged.

What upsets me most about all the caterwauling from the auto industry and franchise owners in various states is their insistence that they are banning Tesla sales to save the consumers. This is the sort of “it’s for you own good” Liberalism that drives Libertarians like me to drink.

What it really is, is another example of Crony Capitalism where those with money run to legislators and beg to be saved from a new competitor.

It could be that the franchise system is better for consumers. I doubt it, but it could be true. One thing that I know for certain is that it’s not the government’s business to decide what’s the best sales model for a car manufacturer.

We here in the United States don’t have the best cars, the best internet speeds, or the best technology because Crony Capitalism is destroying real capitalism. Are you happy with your internet provider? Your television provider? How many choices do you have? Choices are good for consumers and, in the long run, good for businesses.

In a capitalistic system a business must provide a good product at a price people want if they want to survive an assault from a vigorous new competitor.

In the United States the owner of a business simply heads to the statehouse and bribes the politicians into passing laws to destroy their competitors.

I have a word of warning for all the franchise owners who are trying to legislate Tesla out of business.

Elon Musk has a lot of money and bribery goes both ways. Maybe you should think about changing your business model.

5 thoughts on “Tesla Banning – It’s all about Service”