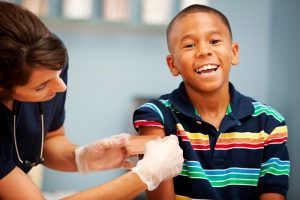 The CDC just released a study on 358 children who died from influenza in the years 2010 through 2014. What I’d like to discuss today is the disconnect between hard metrics of statistics and the reality of personal experience. I think this study gives a good chance to fully examine the issue.

Despite hard statistical evidence in favor of one thing or another, people will reject it. They will eschew them even in a case like this where the lives of their children might be impacted.

Here’s the idea. Basically about half of all children in the United States received the flu vaccine in the time frame of the study. That means in a random world about 179 children who got the vaccine should have died and an equal amount of those who did not should have suffered the same awful fate. The study shows in actuality about 268 children who were not vaccinated died while only 90 who were vaccinated died.

The implication are fairly obvious. The chance of your child dying from influenza is reduced if they get a flu shot.

Statistically speaking there are about 189 children alive today because they got their flu shot. But there is no way to identify those 189 children. It is difficult to argue against the parents of the children who died after they received the vaccine. It is difficult to argue with the personal experience of millions of parents whose children were not vaccinated and are alive and healthy.

Personal experience often flies in the face of numbers and it’s not easy for anyone to overcome such anecdotal bias.

People tend to believe what they want to believe and in this case I’m certain quite a few people will continue to eschew the vaccine. They will not suffer because of this. Only a tiny percentage of people will suffer the horrible loss of a child.

This is why I think it’s important to teach Critical Thinking from an early age. We all tend to give credence to our experiences over a statistical study. It’s human nature. I understand it. That being said, the lives of 189 children depend on convincing people empirical studies are more important than personal experience.

Do you get your flu shot?